EdWeek Market Brief’s stories over the past year covered a lot of ground, from company strategy to big-picture trends to data-based looks at district buyers’ biggest needs.

But which stories were most popular with our readers?

As 2019 comes to a close, we’ve assembled a list of our most widely read EdWeek Market Brief pieces. Some focused on fast-growing companies in the market, and success stories. One examined trends in the flow of venture capital. Another touched on the types of products that district leaders want from vendors. Companies’ internal strategy in hiring was the topic of another popular story.

Here’s a look at the stories that readers read the most, in order of popularity:

EdWeek Market Brief’s Michele Molnar looked through Deloitte’s list this year of the 400 fastest growing tech businesses in North America, then went deeper: She broke out 39 companies that do business in education, specifically — most of which are involved in K-12 schools.

The story looks at ed-tech vendors like Quizlet, Newsela, and Instructure, which is the owner of the widely used Canvas learning management system. Execs from those companies talked about the keys to their growth, how they achieved it, and where they’re going from here.

Venture capital is the lifeblood of many fledgling companies in the education market. In this story, we spoke with investors from a variety of VC firms about where they expect to place their bets, and where they see the tide of money flowing, overall.

A few nuggets worth mentioning: Investors predicted a rising demand for curriculum, data platforms for both the central office and classrooms, and social-emotional learning.

There were some 550 companies touting products in the exhibit hall at this year’s ISTE conference, always one of the biggest hubs on the ed-tech conference circuit. 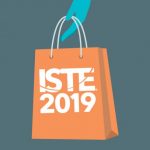 EdWeek Market Brief asked five district officials who looked at the ed-tech products on display at the event to give their impressions of which tools and platforms stood out. Those district officials — from Ohio, Florida, Iowa, and other locations — singled out software products, artificial intelligence, wireless technology, and STEM tools, among other devices and platforms.

4–“Which Curriculum Providers Are Winning States’ Approval? A Look Inside 12 Markets”

In this story, we looked at a resource created by the State Educational Technology Directors Association, which for the first time, assembled individual states’ approved lists of resources in secondary school math and English/language arts. They were aggregated into a system called the K12 Instructional Materials Dashboard.

The database offers educators, policymakers, businesses, and parents a way to search for print, digital and multimedia resources. We found that the list includes many titans of the publishing industry, but also many smaller publishers.

5–“Where Do K-12 Leaders Go For Product Information? The Education Conference Circuit”

“They’re expensive. They’re time-consuming. And yes, they can sometimes be boring. So are education conferences really worth attending? YES.”

That’s how Education Week Research Director Holly Kurtz described the findings from of a survey EdWeek Market Brief conducted of 500 district leaders, in which they were asked about how they discover vendors, when they’re considering making a purchase.

Conferences came up big in the survey. But so did other sources of information. Read the full story to find out more.

6–They Were Named Superintendents of the Year. Here’s What They Want From Vendors.”

We spoke with superintendents who have been honored as top schools chiefs in California, Texas, Virginia, Kansas, and Illinois, about their experiences with vendors — from uplifting interactions to hugely frustrating ones. 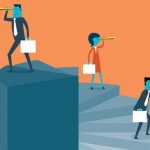 Some talked about a need for products that reflect interoperability standards. Others wanted innovations in specific products, like assessments.

Still others warned vendors that just because their districts aren’t the biggest in the country, they expect to be treated right.

“Don’t send me your B Team,” one superintendent warned.

Many education companies closely guard information about how they find talent. But we were able to speak with executives and talent managers from six companies about their hiring processes, mistakes they’ve made, and what they believe they’ve gotten right.

This story was based on interviews with Curriculum Associates, Flocabulary by Nearpod, Newsela, Illuminate Education, Allovue, and BrainPOP.

They talked about challenges such as standardizing their hiring processes, finding talented salespeople, and hiring with diversity in mind.

Districts today are increasingly demanding to know whether they’re getting value out of the ed-tech products they’re purchasing. That means they’re looking at data on usage. And if the results aren’t good, they want to know why.

In this story, EdWeek Market Brief’s Pam Martineau talked with data-analytics companies, and district officials, about how vendors can be more engaged with the K-12 systems they serve and improve the odds of a positive usage report. She also looked at how vendors can take corrective action, if usage numbers are disappointing.

9–“No Longer Just a Testing Company: Inside the ACT’s Transformation”

I spoke with the CEO of ACT Inc., Marten Roorda, about his efforts to transform the organization from one primarily known for its work on college-admissions testing to a “learning, measurement, and navigation” operation. 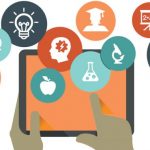 In this Q&A, Roorda described ACT’s work on advanced technologies and efforts to produce breakthroughs in assessment and learning sciences, his views of the organization’s competition, and how he sees testing evolving over time.

“At some point in time, the learning systems will become so good, they will be used continuously every day,” Roorda said, “and we should be able to minimize summative testing, to a point where it only validates the learning process.”

A recent study found that  $6 billion is likely to be spent globally on artificial intelligence in education by 2025 — on everything from emotion-recognition software and the creation of new algorithms associated with the technology, to hardware like smart devices and robotics.

In this story, EdWeek Market Brief’s Michelle Davis looked at how AI is being used by companies delivering four distinctly different types of products in K-12 schools: simulation technology help with students’ well-being; a large-scale rollout of a personalized learning platform in Europe; for an intelligent tutoring product in math; and in building-management systems.

“Simply put, there are many education platforms and software that can give you some analysis of what you did in the past. That’s not AI,” said Thierry Karsenti, a University of Montreal professor who is researching AI’s role in schools.

“AI goes a step further [and tells] you what can happen tomorrow and how you can influence tomorrow. The idea of AI is to influence the future.”

Look for EdWeek Market Brief to continue our work spotting trends and delivering key intel on the education market in 2020.