Cross-posted from the Digital Education blog

James Gee is one of the most influential voices in the educational gaming community.

Gee teaches at Arizona State University and is a faculty affiliate of the Games, Learning & Society group. He has written several books on the role of games and learning, including What Video Games Have to Teach Us About Learning and Literacy (2003) and Language and Learning (2004).

Gee spoke with Education Week via telephone recently, sharing his thoughts on the latest big trend in online gaming: Pokémon Go. He spoke at length about the potential for augmented reality to bring back a sense of wonder and enchantment to the public square, while warning about the danger to users inherent in the game’s freemium pricing model.

What does the popularity of Pokémon Go ultimately mean for educators?

I think it’s a good thing; it presents an opportunity to engage students further. There is already quite a movement to bring games to school. I’m part of the iCivics project, which is already in all 50 states and is used by half of all social studies teachers [iCivics is a package of games aimed at teaching civics to middle and high schoolers]. Pokémon Go has a lot of potential.  Obviously, it’s better for orienting kids to go out and see stuff.  Augmented reality is far better than having them just sit at a screen—it has potential.  But remember, many schools are controlled by big publishers who bring commodified textbooks, even if they are digital, to the schools. So it can be tough to get something truly innovative rather than something that is just standardized. 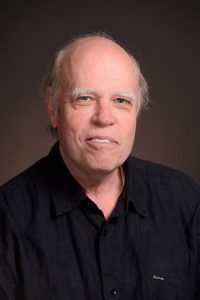 Were you surprised at how quickly Pokémon Go caught fire?

Interestingly, I have an identical twin who predicted it would be a hit a year ago, but I would not have predicted it to be so successful.

As a gamer, I’m just not personally deeply interested in the social media aspect.  And Pokémon Go is an example of a very common phenomena today in which gaming and social media are collapsing and inter-mingling.  It always surprises me that people want to be on a cellphone so much, and are so willing to let their devices mediate their experience with the world.

Pokémon Go is an augmented reality game that overlays a certain fantasy on the world, in part to create a social media where people can meet to create and talk and share in their enthusiasm.  It raises the question: why wasn’t the world good enough before the augmentation?

Can you elaborate on that last point?

One thing that has been a trend for a long time is that our physical world has deteriorated and deteriorated.  Public spaces, which historically in the 19th and early 20th centuries were places where everyone could come together and promenade and be in public—all classes of people—that doesn’t really exist anymore in America.  We are highly segregated by class. There isn’t an American public anymore that crosses classes and shares stuff as citizens.  Social media and the internet mitigate that a little bit, but our neighborhoods are quite disparate.  A common public culture is gone.

But doesn’t the dramatic rise of Pokémon Go confound that hypothesis?

Yes, to some extent.  The game does represent an attempt to bridge across differences.  But social media is complicated in this respect.  Social media can be very isolating, especially if you are just sitting there in an echo chamber talking to only people like you. On the other hand, it can allow you to experience people you would never be able to see or meet.

What gives the game its mass appeal?

It is a potential way to enchant the environment again.  Every human would love to think that there are fairies running around and the environment is full of magic—that’s been a theme of literature and many cultures actually believe it.  Now Pokémon comes out and actually does those things.  If you’re in a neighborhood with an ugly but distinctive landmark, now all of a sudden it has become imbued with a sense of wonder and enchantment.  In a way, that’s art. It’s taking this mundane, relatively ugly object, and making it strange and special again.

One of the things that intrigues me about Pokémon Go is that I suspect that it has different functions for different people.  I suspect some people really like the enchantment part, and feeling like the game really knows where you live and what the local landmarks are. Then there are people who are playing it because they are crazy about Pokémon.  You need to remember that it was the longest-running popular fad in history—and it’s still not dead.  There is something about Pokémon that transcends popular fad.

What do you think gives Pokémon its staying power?

The guy who originally made Pokémon—a Japanese guy who lamented that Japanese kids didn’t spend enough time in nature—was a big bug collector as a kid [Satoshi Tajiri is the game developer’s name]. He invented Pokémon to capture the excitement of collecting bugs.  He obviously did it really well, and it taps into the fact that kids love to collect and catalogue things.  What’s interesting about Pokémon Go is that it finally brings the bugs back into nature! It’s come full circle.

Interestingly though, the game has gotten a lot of poor reviews and some major flaws have been highlighted, to the point where you probably wouldn’t have expected it to make much money.  In fact, it’s been said, and I think I agree, that it’s not much of a game, but it’s a great gamification of the social media experience. It’s a cultural and social experience.  And it’s one of these experiences where its flaws have not mattered much.

Can you be more specific about the flaws?

I mean the game really doesn’t teach you how to use it, and it really only works well for people who have a lot of time and space. It isn’t made for the casual user. There is also a repetitive aspect to it. To get your Pokémon stronger, you have to catch the same ones over and over again—it’s something gamers call “grinding.” Their servers and stuff hasn’t worked very well.  Furthermore, the augmented reality component is actually pretty inferior, not that it has mattered at all, but the technology is actually there to be much more ambitious than what they’ve done.

So the funny thing is the game reviewers have gone out and criticized it, but it isn’t really a game in the traditional sense. It’s a social experience—and the game critics may not actually be the best people to review it.

What does the phenomenon suggest about “big data”?

The developers are using big data to customize and personalize in the game—although in this case they were able to pull heavily from a game they had already developed [The game referenced here is called Ingress. Many of the landmarks used as Gyms and Pokestops are taken directly from Ingress].  Big data, like gamification, is highly controversial, and both are present in Pokémon Go. Big data allows you to personalize and customize in ways that just taking small samples won’t help.

Of course, the downside of big data is that it can be used for surveillance, and possibly to circumvent civil liberties.  What can be customized needs to know you. And you may not want the person that needs that information to know you that well.  Gamification, similarly, can be used to motivate people to do great social good, but it can also be used as a marketing trick, or to manipulate workers into certain behaviors.

Regarding the psychology of marketing consumer games, what do you think of the freemium model that Pokémon Go uses?

So I call it micro-financing, and I really hate it.  When I started gaming over 15 years ago, it was one of the only areas in life where you couldn’t win just because you were rich. Before you could be anything, even if you were the wretch of the earth, if you put your time and effort in, you could become guild-leader and earn the most powerful sword. People always said, the day this will be ruined is when people start to sell that sword, when you can take shortcuts based on wealth in the real world. That’s now exactly what we are doing—across the gaming community.  I just despise it.  I won’t give them a penny. I hate the fact that we no longer have that one area of life where money doesn’t matter. I think it’s a trend that’s very typical of our society, which puts a much bigger premium on making money than the quality of the experience being delivered.

Do you think the freemium model can lead to a gambling-like addiction?

There are great books on this. The gambling industry today is fueled by some of the smartest people, they hire mathematicians, computer scientists, game designers, and psychologists because they want to addict you. They have studied addiction down to a “T” and it informs how casinos and games are designed. They are out to take your very last penny, and I think the micro-financing model is a good example.  I’m not saying games are inherently addictive, but you can get addicted to any repeated behavior.  They know how to do design these games through the research led by the gambling industry.

People are saying that Pokémon Go is going to be a great model to use for civics and activism and other tasks. It should be pointed out, however, that if in the end it becomes another micro-financing thing that creates competition among people and dupes them to give money, this is not going to be a great model for impact and social activism, because they won’t be able to make that money. You can’t ethically say you are going to help poor kids, and engage in social activism on a micro-financing model.

2 thoughts on “What Does the Popularity of Pokémon Go Mean for K-12 Gaming? A Q-and-A With James Gee”