Apple’s iPad dominates the market for tablets in K-12 schools in the United States, according to recent estimates. This week, Apple officials offered a glimpse of what they say is the device’s major, and growing, presence in the overall, worldwide education space.

In a conference call this week to report third-quarter results for the 2014 fiscal year, Apple executives said the company has sold 13 million iPads to education customers globally, in K-12 systems and higher education.

That’s up from an estimate of 8 million of the devices sold, as of February 2013, according to a number of reports at the time.

Apple officials made a point during the call of noting the iPad’s dominance of the K-12 tablet market. We reported last year that iPads account for about 94 percent of tablet usage in U.S. school districts, according to IDC Research. 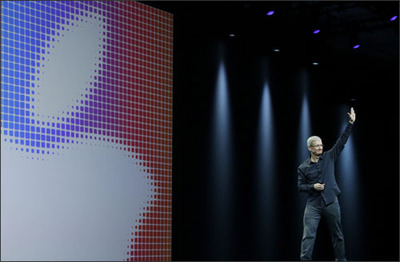 He pointed to a major purchase of MacBook Airs and iPads by the 27,000-student Shawnee Mission School District, in Kansas. He also cited the Rowan-Salisbury, N.C., school system’s selection of Macbook Airs as part of a major technology project.

Overall, the report offered a positive picture for Apple, a giant Silicon Valley-based technology company. It reported an increase in net income of 12 percent in the third quarter, to $7.775 billion, from a year before.

The company’s optimistic message on iPad sales in schools globally stood in contrast to the device’s recent overall slippage in the broader market. Unit sales of iPads fell by 9 percent from the previous year, according to the report, while unit sales of iPhones jumped by 13 percent and sales of Macs rose by 18 percent.