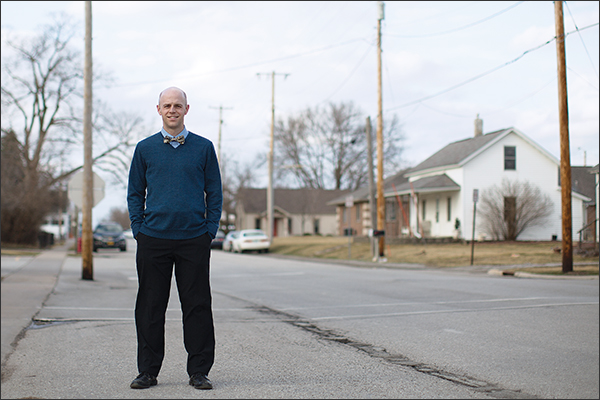 When companies are trying to identify districts’ top decisionmakers for buying and implementing ed-tech, both chief technology officers and chief academic officers probably rank near the top of the list.

In a recently published special report, Education Week looks at the evolving relationships between those two K-12 administrators, and offers portraits of their attempts to collaborate in various districts around the country.

Along with those narratives, the special report also presents data and statistics that shed light on who CTOs and CAOs are, their responsibilities, and the often daunting pressures they face.

Knowing the profile of CTOs and CAOs is almost certainly critical for ed-tech vendors trying to gauge the needs and priorities of K-12 officials–and their expectations for digital tools and systems.

The exact titles of those administrators are often amorphous. CAOs, for instance, can officially be called deputy or assistant superintendents for instruction, or teaching and learning. Some are known as chief innovation officers.

Job titles aside, here’s a breakdown of some of what we know about CTOs and CAOs, and their day-to-day work lives:

Many CAOs juggle a lot of important tasks. Nearly 60 percent of CAOs also lead their districts’ testing and assessment work, according to recent survey by the Education Week Research Center. (See the graphic, below.) Roughly 21 percent, meanwhile, said they’re also their district’s most senior official–presumably the superintendent. 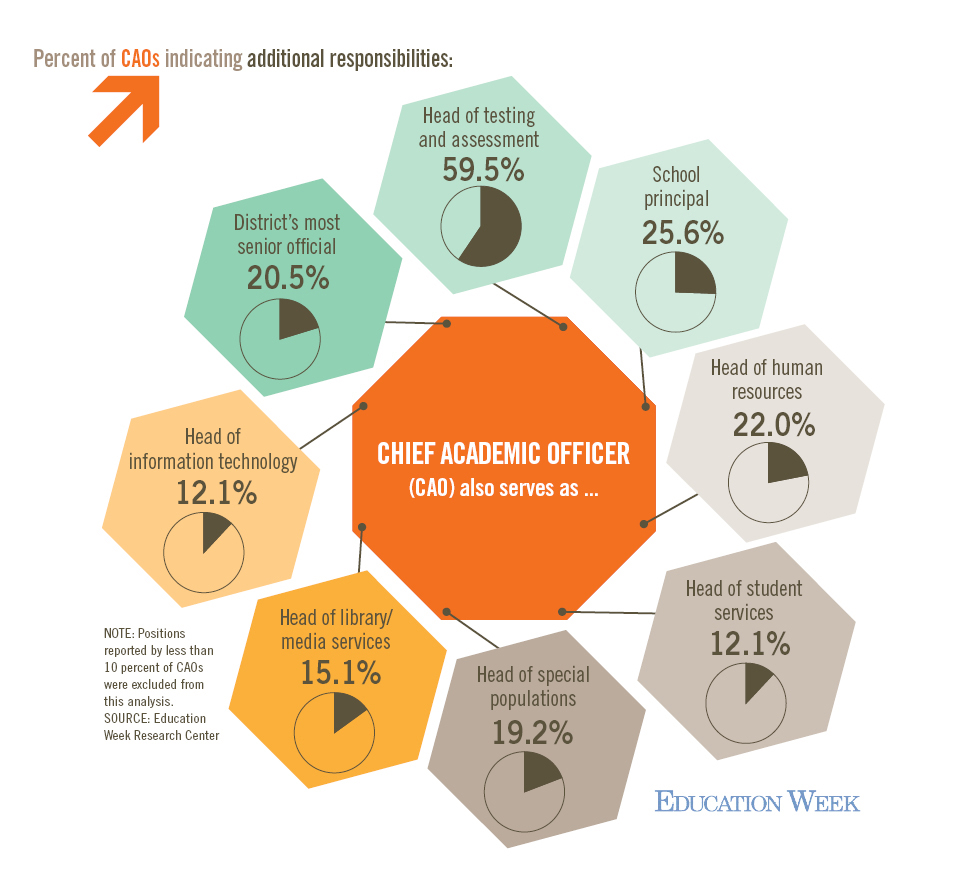 Thirty-two percent, meanwhile, said they supervise the head of information technology, and 26 percent said they’re in charge of the director of testing and assessment.

As we’ve reported in the past, the smaller the school system, it’s often more likely that the CTO is expected to do a little bit of everything–from big-picture tech planning to working on fix-ups when a teacher’s device melts down or freezes up. A lot of ed-tech advocates say asking CTOs to juggle all of those duties isn’t ideal for districts trying to make sound decisions about costly and important ed-tech purchases.

It’s pretty common for members of the public, and school board members, to complain about the number of administrators on districts’ payrolls, and their salaries.

Those grievances may or may not have merit, but one thing should be clear to ed-tech providers and others working with CAOs and CTOs:  A lot of those K-12 officials don’t have the luxury of being focused on just one thing.