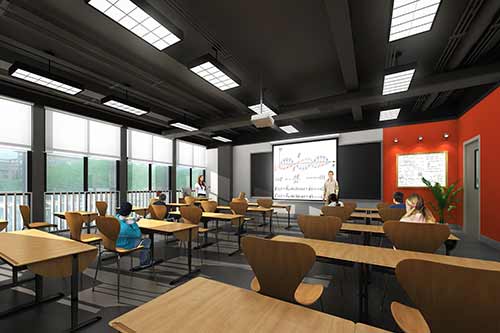 BASIS, a charter school network that has garnered widespread attention for its demanding math- and science-focused curriculum, is planning an ambitious expansion—in China, through the opening of a new private school.

Beginning this fall, the school will open its doors to students in Shenzhen, a burgeoning commercial hub located in the Guangdong province, in the southeastern part of the country.

The school will be operated by BASIS Global LLC, and overseen with help from BASIS.ed, the management company for all of the BASIS schools.

Founded and based in Arizona, BASIS operates a total of 24 schools: 21 charter schools, two independent private schools in the United States, and now, with the founding of BASIS International Shenzhen, one internationally.

The new school is the first one by BASIS that will operate outside the United States, though the organization will attempt to grow internationally in the years to come, in China, other parts of Asia, and other regions around the world, said Jana Somolova, the CEO of BASIS Global, in an interview.

Shenzhen, with a population of about 12 million, has sometimes been called “the overnight city” because of its breakneck growth. It resides within one of China’s special economic zones, a designation that has allowed for rapid, market-oriented practices and foreign investment in those regions. The city’s status as a hub for information technology and commerce made it a natural fit for the BASIS school, Somolova said.

The BASIS school will not serve Chinese nationals, but rather students who hold foreign passports, said Somolova. That means many of the students are likely to come from families who have spent time in other countries and jurisdictions, such as the United States and Hong Kong, parents who want a demanding education for their children.

The school’s enrollees will be limited to foreign passport-holders because the Chinese government says only students who fall into that category can attend international schools, Somolova said.

There have been media reports that other international schools in China accept Chinese nationals. But Somolova, in a follow-up e-mail, said BASIS will comply with Chinese government regulations, meaning it will accept applications only from those with foreign passports, or residents Hong Kong, Macau, and Taiwan. 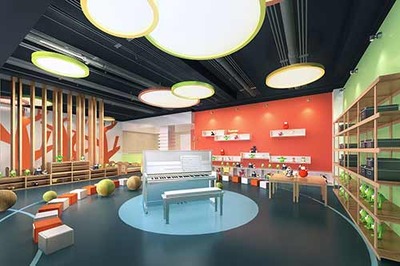 Many of the families seeking out the Shenzhen school will be intent on having their children attend U.S. colleges or universities, and BASIS officials believe their program’s demanding curriculum will prepare them for that challenge.

The private school will adhere to the same general educational approach as BASIS charter schools, in which students are expected to take a heavier dose of demanding classes, particularly in math and science, earlier than they would get in a traditional U.S. school, said Peter Bezanson, the CEO of BASIS.ed.

“Parents choose us for particular curriculum and program reasons,” Bezanson said in an interview.

[UPDATE (Aug. 18): All told, there are 525 “English-medium” international schools in China, meaning schools where English is the language of instruction, according to the International School Consultancy. The United Kingdom-based company provides data and research on the international market on those types of education programs.

Under the rules of China’s Ministry of Education, four types of international schools are allowed to serve students in China, the ISC says.

The first category are schools for children of foreign workers, often known as “expat schools,” which provide education to foreigners and children of Chinese families with foreign passports Those schools are not allowed to enroll foreign nationals.

There are 115 expat schools in China, ISC estimates. (The BASIS school would most likely be counted in this category, the organization says.)

Another group of schools are sino-foreign cooperative schools, which are joint ventures between Chinese owners and foreign education companies. Those schools are limited to providing secondary and higher education, and both expatriates and Chinese students can attend, according to ISC.

The third group are Chinese-owned private schools that provide bilingual learning. Many of these schools offer internationally recognized exams and diplomas, and they mostly serve Chinese students.

And the fourth group are the limited number of Chinese-owned public or state schools, typically an option for high school students, ISC explained.

The international schools experiencing the biggest growth are those that are available to Chinese students, said Nicholas Brummitt, the chairman of the ISC, which has researched schools around the global providing teaching in English.

Demand for international schools in China is being fueled by Chinese families seeking an English-language education, he said. Recent growth is especially strong outside of Beijing, where worries about pollution have led foreign executives to seek to open offices (and find educational options for their children) in other cities, particularly Shanghai.]

Families in China will incur a significant cost for access to the BASIS model. Tuition will range between $25,000 and $30,000 a year in U.S. dollars, Somolova said.

The BASIS academic model isn’t the only thing the Shenzhen school appears to be marketing to parents. The school’s website describes a campus with 40 classrooms “personally arranged and decorated” by teachers; a fitness room, dance studio, and science and technology focused room; as well as an outdoor track, basketball court, and other athletic facilities.

While the BASIS approach in the United States has been praised by those who see it as a model for high academic standards, it has also come under criticism on various fronts, including from those who worry about high rates of attrition in the program among students who can’t keep up.

Almost all of the teacher corps for the school in China are expected to be drawn initially from educators currently working in BASIS schools in the United States, Bezanson said.

The school will serve 400 students when it opens, in preschool through 9th grade, BASIS officials said, and eventually it will accept students through 12th grade.

This post has been updated with comments on China’s market from the market research and data company ISC.

Photos: Images from the BASIS campus that will open this fall Shenzhen, China, courtesy of BASIS.