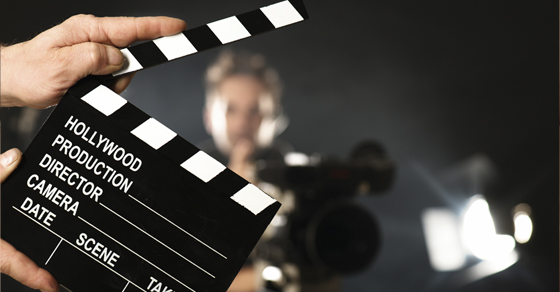 The inspector general of Los Angeles Unified School District is looking into some commercial filming activities that have occurred in and near the city’s public schools, according to Superintendent Ray Cortines.

Cortines, who indicated on Thursday that all filming by outside companies would be temporarily suspended, modified that statement on Friday, allowing five filming-related licenses to move forward this week.

The superintendent said he will not formally lift the suspension until district staff has completed its review of existing practices and updated procedures “to better ensure that the use of our schools is appropriate.”

Los Angeles’ schools—in the shadow of the film, television, and music industries—have been attractive sites for location work for years. But NBC4 reporters Matt Schrader and Jenna Susko aired two stories last week about disruptions and questionable practices caused by some video production companies leasing L.A. schools, classrooms, and campuses for their television shows, commercials, and projects. The reporters said the station has been looking into “the millions of production-company dollars” collected each year by the state’s largest public school district, concluding that the revenue “may come at the cost of education.”

Susko and Schrader highlighted examples of what they called racy images and edgy content, and questioned the behavior of some film crews on campus.

Contacted by Education Week, L.A. Unified’s communications office indicated that the superintendent was not available for comment, referring only to the statement released Thursday, in which Cortines said that existing procedures around filming could be updated after the review.

“It is important that we ensure teaching and learning are not disrupted, and that all filming activity is appropriate for our schools,” the superintendent said. “As an organization responsible for educating students, it is essential that we hold ourselves and our schools to a high standard.”

L.A. Unified contracts with a private company called FilmL.A. Inc., which has provided “the film permitting and community relations needs” for the district since 2002, according to the company’s website.

Under the arrangement with FilmL.A., the company indicated online that “a substantial portion of the use fees charged for filming at LAUSD schools are controlled by the school principal, with the remainder going to the district and to compensate FilmL.A. for its services.”

Six other districts in southern California also contract with FilmL.A., including Burbank Unified, which has had a contract with the business since 2006.

Lina Sola, director of fiscal services for Burbank schools, said the district raises $100,000 to $120,000 per year in return for providing three or four filming opportunities. A portion of the proceeds is allocated to the arts program, another to facilities in the 17-school district, and the rest to the school site that worked with the production company, she said.

Among the projects filmed in Burbank was the “It’s Not Complicated” commercial for AT&T, a district spokeswoman said. The district has had a good working relationship with the film companies, accoridng to Craig Bell, Burbank’s director of facilities.

In Los Angeles, Cortines opened the door for continued work with the film industry. While the situation in his district is being evaluated, he said in his statement that requests for filming will “continue to be reviewed and may be approved on a case-by-case basis.”

While emphasizing the importance of having “appropriate measures in place to protect” students, schools, and property, Cortines added: “It is also important that our actions do not significantly impact the greater Los Angeles area, including reducing job opportunities for residents, many of whom are part of the extended LAUSD family.”

This post was updated on Oct. 12 to include the statement from Superintendent Ray Cortines, issued on Friday.