Rob Waldron is now 10 years into his 20-year contract as CEO of Curriculum Associates, a Boston-area company celebrating its golden anniversary this year.

A lot in K-12 education has changed—and much hasn’t—since 1969 when Curriculum Associates was founded. But the company itself has changed markedly.

In the decade from 2008 to 2018, the number of employees has increased 12-fold to about 1,300. Its bookings, or committed business from customers who submit a purchase order, have increased 10 times, the company said, while declining to put a dollar amount on the most recent figure. 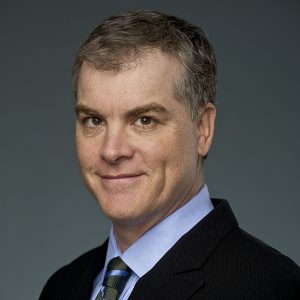 However, a similar level of growth in the past has put Curriculum Associates on the Inc. 5000 list of fastest-growing private companies four times. And in 2017, the company received a major investment from Berkshire Partners LLC. As a result of the deal, Curriculum Associates was placed in a perpetual trust, and its operations were left intact while $145 million was donated to Iowa State University and another $50 million to the Boston Foundation, a community-based philanthropy.

Curriculum Associates was founded in a garage by two graduates of the Boston University School of Education who taught in Wellesley, Mass. schools. They began making worksheets, inspired by what they had learned about the science of education and measuring progress in college. They needed a loan to keep growing, so Frank Ferguson gave them $10,000. Eventually, he became co-founder and chairman of the company that he eventually “gave away,” with two-thirds of profits going to the two institutions he chose. [For more about that decision, see the story here.] Ferguson ran the company from 1976 to 2008.

“When I came on board, he was at the time 82 and I was 43,” said Waldron. “It was crazy from 2008 to 2010, where everybody was trying to survive, and somehow we were able to build a tech company inside [the existing business] during those tough times.” Curriculum Associates launched i-Ready, its flagship differentiated instruction product, in 2012, and now sells print and software products.

EdWeek Market Brief spoke with Waldron recently about his perspective on the future of the marketplace, his long-term commitment to Curriculum Associates, and the milestone his company has achieved. He also spoke recently about his dedication to hiring “happy people,” which he considers a strong force in the company’s growth.

How did this 20-year employment agreement come about?

I’m only the second head of Curriculum Associates since 1983, following Frank Ferguson. He asked that I agree to a 20-year employment agreement. I didn’t understand it at the time, but it was a brilliant thing to ask me to do. It’s made me—and then everyone who works here—think long-term. Long-term thinking over short-term thinking.

What impact has that had?

If you actually think you’re going to be somewhere for 20 years, every decision you make, you have to live with. It actually has been a competitive advantage, people knowing that I was staying. Everyone’s head is around the fact that we’re here for the long-term; we’re not trying to exit. So, what’s the best choice for the next decade?

How has public education changed in the 50-year history of your company?

The jobs we’re hired to do—increase student achievement, save teachers time, keep students engaged—are the same [as they were then]. There’s a lot more pressure than there used to be. In 50 years’ time, we have much more of a knowledge-based economy. Fifty years ago, the expectation would be that something like 30 percent of the kids would be in knowledge-based jobs. Now, it’s more like 80 or even 90 percent.

What else has changed?

The way we go about measurement—with technology—allows a sophistication that is unheralded. Being able to use adaptive technology that allows learning to adjust with the learner [is new.] But what we’re hired all to do is similar; it’s just the way we go about it is different.

What do you see as the next wave of change for K-12 schools?

The people who do best are going to create products that are outstanding solutions to increasing student achievement for all learners with a focus on equity. All learners can include special education students, students of different economic demographics, students with different language abilities, and a number of others. There’s going to be a tremendous focus on making sure all students are served, not some artificial notion of some typical student.

How do you expect artificial intelligence to affect the picture of public schools’ future?

I do think artificial intelligence will increasingly be used and we need to be careful about that. We need to both be excited about some of the opportunities that affords, but also be careful. Good products and services will continue to embrace the teacher as the driver of the change in the classroom and be in support of that teacher. Those that move away from that may offer a temporary sugar high, but will not be lasting, impactful or appropriate. I think there’s uncertainty about how AI is going to impact curriculum in schools and we’re going to have to pay attention to using that technology—or not—in the right way, in service to children.

Projecting ahead another 50 years, how do you see the marketplace changing?

There’s going to be a swing from product to service. Schools are starting to do this, but right now they choose the product first and learn about our services over time, and then they stick with us because of our great service. As these tools get enhanced, people are going to be choosing service providers.

As an example of a switch, if I were to build a house today, I’d want a great architect, a great builder. I’m not going through and looking at every plumbing part in the beginning. I’m super focused on the services that come together to build the house because that’s what makes the house come alive. I think that shift will happen in our industry. Instead of 99 percent of the time when you’re introducing these things to schools now, and they’re like “product, product, product,” they’re going to be 50 percent product and 50 percent service because they’re going to see the people who are world-class service providers are the people who make these products come alive.

What will be important for companies to learn to do in the face of the future of public education?

Great service begets great products. When you’re sitting with a product roadmap of what to do, you’re not just imagining it. You’re getting input from 400 service people [at Curriculum Associates,] who do service as their only thing. Those people are yelling at our product people about what to get on the roadmap or not. It makes you really close to schools when you have people embedded in districts because you’re not just sitting here thinking about it in your ivory product development tower.