Educators’ use of data to make decisions about instruction and intervention is rising dramatically in U.S. schools, according to an online survey of 1,516 teachers released today by Kahoot!

This year, three out of four teachers identified data-driven instruction as the top trend they see in how ed-tech is used their schools. That compares to only 28 percent who named data usage as a trend in 2017, which is the first year the survey was conducted by the game-based learning platform company.

High school teachers are more likely than their middle-school and elementary school counterparts to use data in their instruction and intervention, the researchers found. The findings mirror interviews I conducted for EdWeek Market Brief in recent weeks for the story, “Districts Increasingly Sophisticated Use of Data Powers Demand for Company Expertise.”

Other trends include using ed-tech tools that promote creativity in learning, and ed-tech for personalized learning, according to the study. “Gamification,” or the use of games to engage students, is on the increase, from 18 percent in 2017 to 25 percent of teachers saying the technique is used in the class or district in 2018. Asmund Furuseth, CEO of Kahoot!, attributed this growth to the fact that educators are allowing games to be used more in classrooms now than they were one or more years ago.

As for other ed-tech trends, computational thinking, coding, and robotics (32 percent) far outstripped virtual and augmented reality (12 percent) in the Kahoot! EdTrends Report for Educators.  (See chart below for other priorities in how educators said ed-tech is used in their districts or schools.) 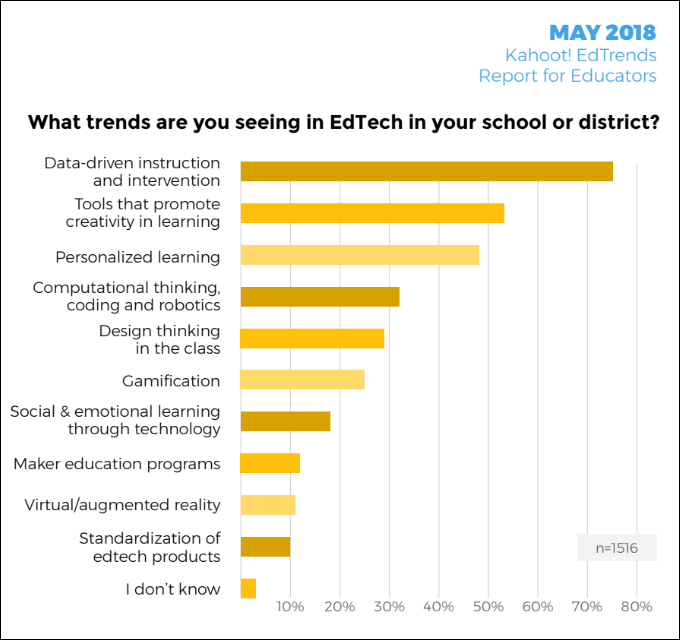 Formative assessments are the main data generator for educators looking to improve student performance, 83 percent of them said. Fewer—72 percent—rely on data from summative assessments, but that was the second most-often cited dataset consulted for instruction. Data are also used to identify gaps in learning. More than 50 percent of respondents say they combine different sources of data to identify student needs.

The following chart shows specifics about how data are used, although a spokesman for Kahoot! indicated that “conducting” formative and summative assessments should be interpreted as “implementing” or “using” them. 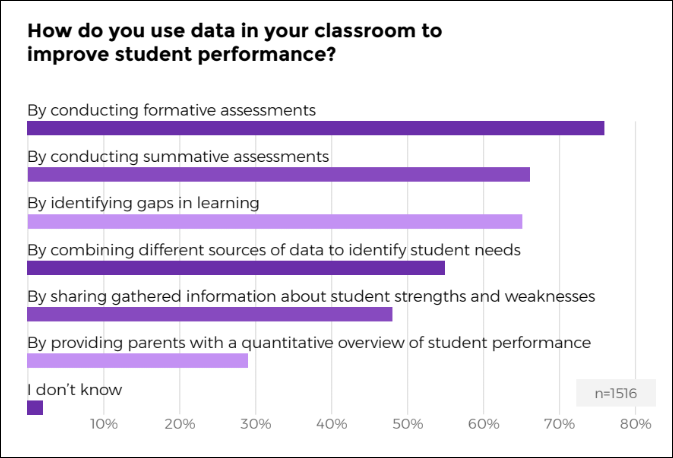 Despite the gains, there are still impediments to the use of ed tech, according to teachers who responded to the survey. The two biggest are funding, which just over 50 percent said was problematic, and lack of training in how to use new technology. More than a fourth of educators—27 percent—have personally paid for ed-tech products, rather than tapping into their district’s or school’s budgets.

Lack of training often translates into educators’ lack of time to go for training that would make the technology even more useful, said Furuseth. 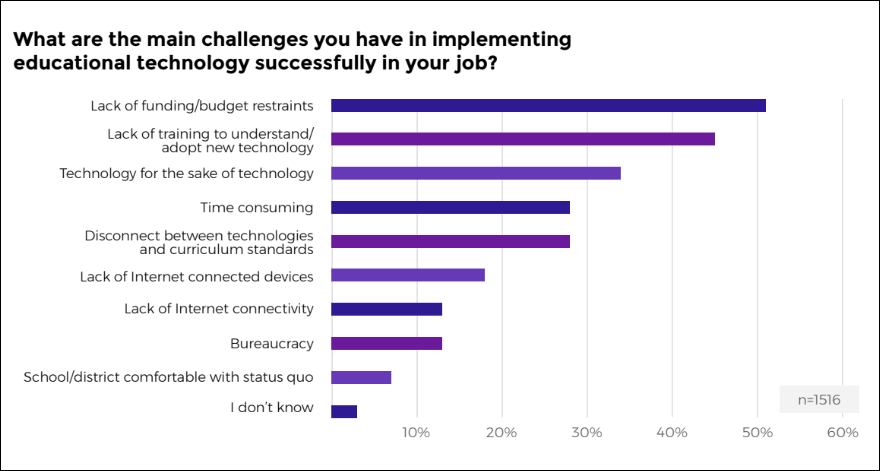 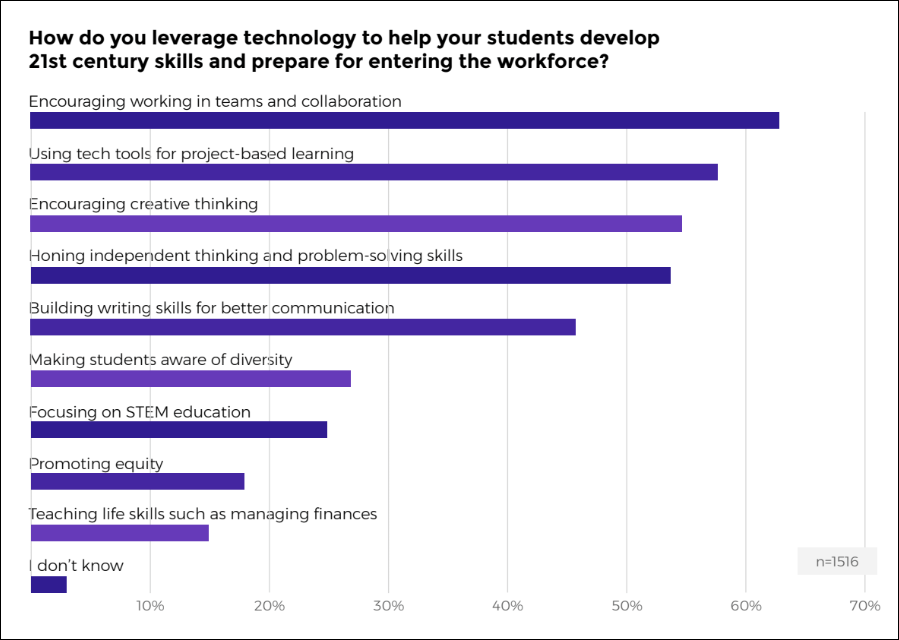 Looking ahead, Furuseth said there is likely to be more emphasis on students’ ability to share ideas with teachers using technology, which is an important aspect of 21st-century skills. “This is an area we call ‘learner to leader,'” he said. It’s a trend the owners of the Kahoot! platform are noticing among what the company says are more than 70 million monthly users, including more than 50 percent of U.S. K-12 students.

Furuseth’s other prediction for 2019: that the challenges around tight budgets and insufficient time to learn about ed-tech “will continue for some time.” Those challenges, he said, “are hard to surpass.”

One thought on “Data-Driven Instruction: Top Trend in K-12 Use of Ed-Tech, Teachers Say”