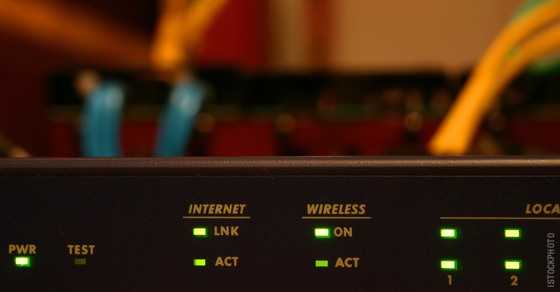 Schools and libraries will receive full funding of their E-rate program requests this year, as a result of a modernization of the policy and budget changes enacted last year, according to the Federal Communications Commission.

Authorized as part of the Telecommunications Act of 1996, the E-rate program was implemented to help schools and libraries underwrite the cost of telecommunications services like phones and pagers, and to have Internet access. Until last year, the E-rate program had not been modernized in 18 years. Last July, the FCC updated the program to prioritize funding broadband and Wi-Fi connectivity while phasing out support for older technologies, and in December its funding cap was raised by $1.5 billion to $3.9 billion annually.

This week, the FCC announced it will be able to honor nearly $2.3 billion in eligible requests for telecommunications, telecommunications services, and Internet access, and about $1.6 billion for internal connections and managed Wi-Fi services, under the E-rate program for 2015. For the past three years, the commission had been unable to allocate any funds for Wi-Fi.

The aggregate amount of the applications matches the $3.9 billion available for this funding year, which spans July 1, 2015 to June 30, 2016, the FCC said. Last December, the commission voted to raise the E-rate‘s annual spending cap from $2.4 billion to $3.9 billion, again along a 3-2 party line vote.

FCC Chairman Tom Wheeler trumpeted the news in a blog post entitled, “If You Reform It, They Will Come.”  “The bottom line is that E-rate is devoting its resources to where schools and libraries need the most help: getting access to robust broadband,” he wrote. “This will open up new educational opportunities for students across the country.”

In addition, ratepayers will be spared an increase in universal service fund fees to cover the boost in funding this year, said Jon Wilkins, the FCC’s managing director in a phone interview. That was unexpected. When the FCC made sweeping policy and budget changes in the E-rate program in 2014, it projected a need to raise fees on telecommunications providers, which are typically passed on to consumers in their phone bills, to get the $1 billion per year over the next two years, with an annual “funding target” of that same amount for years after that.

Although it had been projected that the need for $1 billion in 2015-16 would lead to an increased fee—amounting to about $1.90 per year per phone in most U.S. households—to provide adequate funding, that won’t be necessary this year. Instead, a reserve of nearly $1.6 billion in unspent funds that had been freed up will be allocated to meet schools’ and libraries’ needs for 2015, the FCC indicated.

In the future, new money for the program is expected to come from increased fees on telecommunications providers.

Rural schools, which have traditionally struggled with access to fiber-optic cable, are also in line to make gains with the new rules and new assistance. “Rural districts will fare just as well as urban in terms of the program support for them,” said Wilkins. Rule changes made last year were intended to help rural areas get service that has often eluded them. “We’ll see some of that this year, and more next year,” Wilkins said.

“The new cap for the program is right where demand came in. It’s very good validation of, collectively, what the need is,” Wilkins said.

Schools and libraries should get access to their funds in a streamlined fashion this year, too. “Last year that was one of the changes we made at the beginning of the modernization push,” Wilkins said. “The process of approving applications and committing funds moved much more quickly than it had before. This year, we will try to do a little better.”

The goal is to have the applications reviewed and, if there are no issues with them, to approve them by the end of September, Wilkins said, “so things can actually get going for the school year.”

While districts and libraries are gaining the opportunity for E-rate funding for Wi-Fi internal connections in 2015, they are losing funding for non-broadband telecommunications services, like paging, email, voice mail and web hosting. In addition, the FCC is beginning a phase-out of its support for traditional telephone service by 20 percent per year.