Companies have been touting their ability to use technology to foster innovation in education for years, promising to advance student learning through one digital advancement or another. 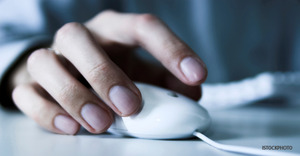 More than 25 years ago, the ed-tech landscape was less crowded, but many of the claims were the same—as were the predictions for the promise of ed-tech.

“Some Are Seeing Computer ‘Magic’ in a New, but Costly, Software Tool,” reported Education Week on March 29, 1989, in a story that warned about the amount of time and money needed to make the magic happen.

The tool was HyperCard, described as a “computer-software language that allows even those with little technical savvy to create programs with a powerful capacity for cross-referencing and for merging different media.”

A student at Cincinnati Country Day School used the software on a Macintosh computer to create an interactive term paper, allowing readers to peruse it “by clicking the computer’s remote switch—called a ‘mouse.'”

Some of the story’s themes still resonate today, in a country wrestling with the best way to provide individual computing devices for many more students, and give them digital content to allow them more agency over their learning.

For instance, Apple touted Hypercard as a “personal toolkit for managing information,” providing “a much faster way to establish a relationship between ideas, facts, theories, and thoughts.'”

Isn’t that one of the goals of so many of the digital tools and systems that get peddled on the market today?

While Hypercard is no longer with us, Apple still is working to shape the future of education, as are many other hardware manufacturers. In the 1989 story, International Business Machines Corporation was identified as another of the “major players in the school-computer market.” Today, Apple still plays a dominant role with its iPads, but Chromebooks are the top sellers in the U.S. K-12 marketplace.

Cincinnati Country Day School continues to try new technologies. Last year, Robert Baker, the chief technology officer from the school, explained how his school is using the Microsoft Surface Pro 3 because of its multi-functionality, with a removable tablet and “active digitizer” pen.

Finding the money to pay for districts’ burgeoning technology needs remains a challenge today. My colleague Ben Herold wrote about how some elite, and costly, private schools have an edge in their deployment of a wide-range of ed-tech strategies.

With ed-tech now representing an $8.4 billion market, according to the Software & Information Industry Association, companies’ boasts that they’re producing innovation appear to be on a profitable path.

Does it make you wonder what will seem quaint—like defining a “mouse” in explaining how to use a potentially innovative technology—about today’s ed tech 25 years from now?