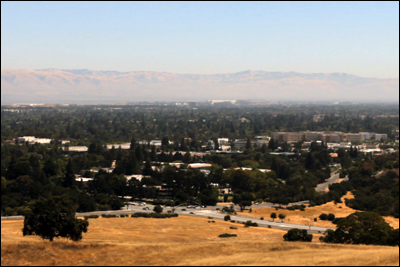 One of the key facets of education, something that sets it apart from other areas of the public sector, is its decentralized authority. Some argue that recent federal initiatives are eroding this concept, or that certain statehouses have encroached upon local education agencies’ authority, but much of the decisionmaking around spending, policy, and practice still lies with folks like school board members, superintendents, and principals.

For education companies, this has created a “fragmented market.” Because of varying budget situations, governance structures, and purchasing regulations, there is a different market for each of the 50 states, and, in many ways, a different market for each of the roughly 14,000 school districts. Established education companies navigate these waters with large sales forces and marketing teams. But it’s been interesting to see how that dynamic effects the new wave of lean education technology companies entering the market, and on the hundreds of millions of investment dollars supporting them.

For instance, startups in less-fragmented markets like consumer technology have mostly settled in California’s Bay Area, or increasingly in New York City, because of the concentration of media, money, and culture around technology. But for education entrepreneurs, is it better to follow the money and intellectual capital to somewhere like Silicon Valley, or to stay put and court the local decisionmakers?

With the latest incarnation of the ed-tech ecosystem in its infancy (only recently has investment reached levels able to sustain an industry) there are few definitive answers and several different approaches. I wrote about one of those approaches for this week’s edition of Education Week in a story about Imagine K12, a Palo Alto, Calif.-based startup incubator program specifically for K-12 education technology companies.

Side note: This wasn’t made clear in my story, but I’m using the term “incubator” instead of “accelerator” because it’s more commonly recognizable and there are elements of both an incubator and accelerator in the organizations I mention. Consumer technology does typically reserve “incubator” for larger investments than the ones Imagine K12 makes. For a further explanation, read this.

Imagine K12 invests in and coaches about 10 companies for three-month intervals, offering seed money, guidance, and face time with investors in exchange for equity in the companies. Some of the program’s graduates have gone on to raise millions of dollars in funding. The partners—Tim Brady, Alan Louie, and Geoff Ralston—are all well-connected veterans of Silicon Valley, and, in talking to the entrepreneurs, it’s clear that the location is part of Imagine K12’s appeal.

“The biggest thing is the energy,” said Michael Gerson, one of the founders of SmarterCookie, an online professional development and coaching tool, who traveled from New York City for Imagine K12. “Everyone in the area around Palo Alto, Mountain View, [Calif.], and in San Francisco, is either working at a startup, starting their own company, or has done one or both in the past.”

But not everyone agrees with the philosophies that come with a Silicon Valley-based approach to education.

“The problem with Silicon Valley is they have a tool called technology and they think that’s a hammer for every nail that exists,” said Khalid Smith, the leader of Startup Weekend EDU, an education-specific spinoff of Startup Weekend, an international nonprofit organization with local branches. Smith calls his group a “human capital initiative” that provides educators the skills and resources to act on their ideas.

Startup Weekend EDU is in eight cities and holds weekend conferences a few times per year in each. The events bring together a mix of educators, computer programmers, and other entrepreneurs to learn from one another. Startup Weekend EDU—which is foundation funded, somewhat controversially so, by groups including the Bill & Melinda Gates Foundation and Pearson— pays for the events and provides the local groups with the resources to continue meeting and communicating in the interim.

The goal is not to create tools that can be used in schools nationwide, Smith said. The goal is to create “entrepreneurial communities” that think differently about education and how to solve its problems, and have enough of those communities to change the national mindset. That’s a different concept of “scale”—one based on approaches to solving the unique problems in local schools rather than the solution itself—than what’s coming out of Silicon Valley, Smith said.

“In consumer technology everyone’s experience of using the iPhone is the same,” Smith said. “In the education world, you don’t have people in Silicon Valley that understand what it’s like to teach in Mississippi.

“‘My school has no books, how is your iPhone app helping me?'”

In my story, Matt Candler, the founder of 4.0 Schools, a year-old nonprofit organization that supports education entrepreneurs in New Orleans, says “Imagine K12 has really struggled with a lack of educators in the pipeline.” In the current cohort of 11 companies, six of the 24 founders have backgrounds in education, as opposed to 15 with backgrounds related to technology.

4.0 Schools offers classes and a fellowship program for educators who want to learn about entrepreneurship. Participants in 4.0 Schools often test their ideas in New Orleans’ uniquely decentralized landscape of schools. Through past work with KIPP, the New York City Center for Charter School Excellence, and New Schools for New Orleans, Candler is connected with the local charter school community.

During the most recent fellowship, Candler mandated that the entrepreneurs pitch their idea to someone every day for two weeks, in some cases to teachers, in other cases to painters. Some of them want to learn how to affect greater change in their schools, and some realize it’s not for them. Some will come out on the other side wanting to start something new, in which case 4.0 Schools helps them connect with technologists, and pursue ideas for schools, companies, or initiatives, he said.

“Give us your best coders and we will give you our best educators,” Candler said.

In my next post, I’ll take a look at how one company coming out of New Orleans benefited from its community-centric origins, and how the varying approaches to entrepreneurship contribute to the larger education startup ecosystem.

In the meantime, let me know in the comments or via email:

Where are the best local communities of education entrepreneurship that you know of?

35 thoughts on “Ed. Entrepreneurs Must Decide: Go to the Valley or Stay in the Backyard?”