Fast Company magazine, which covers innovation in technology and “ethonomics”—or ethical economics—recently released its “most innovative” list for education enterprises, and on it are a number of recognizable names in K-12 education, as well as some less familiar ones.

In the top 10 innovators for all companies were Apple (ranked #2) for “creating magic with minutiae,” particularly iOS 8, its new mobile operating system, and Google, ranked #4, for “making the hit laptop nobody saw coming.” Google also landed the #7 spot on its list of Top 10 in innovation for education. 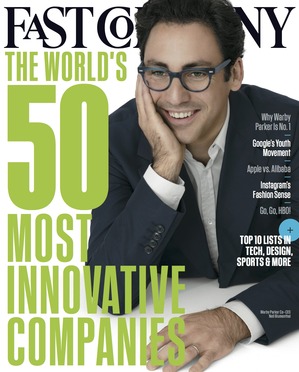 The education list recognized a number of companies and nonprofits in the PreK-12 arena as being among the “most innovative.” On this year’s list were:

#3 – Bridge International Academies, which operates the largest chain of for-profit schools in Africa, at a fee of $5 per month per enrollee, with plans to educate 10 million students per year by 2025;

#5 – Democrats for Education Reform, for sparking a “new willingness to battle for education reform,”

#6 – Edcamp, a nonprofit nurturing a “grassroots teacher movement” by encouraging  educators to gather for noncommercial “unconferences,” where they share their insights on topics identified the day of the event;

#8 – The College Board, “for redesigning the SAT;”

#9 – Teachers Pay Teachers, “for offering teachers a marketplace for their knowledge and experience,” in an exchange where they can buy lessons and classroom tools from one another;

#10 – Kaymbu, a startup focused on connecting parents of preschoolers with what their children are accomplishing in the classroom.

And what of #1? It’s General Assembly, a learning center that “teaches the skills workers need now.”

This is the fifth year that the magazine has identified its Top 10 innovators among education enterprises. The magazine casts a wide net for organizations to be considered, according to David Lidsky, the deputy editor who is in charge of the lists. As they make their selections, the judging team looks for selections that “reflect the themes and ideas that have been prime areas of thought, debate, and work” among people in the field, he said in a phone interview.

Of interest are those seeking to make change, or those who empower teachers, or try different models for schools. “Hopefully, we hit on some of those macro trends happening in education,” Lidsky said.

Past lists tended to be more weighted to education technology than this year’s list, Lidsky said. Of the broader spectrum, some selections “might be more heavily weighted toward the audacity of the idea, and others more about [an organization’s] impact in a given year,” he said.

Fast Company‘s previous Top 10 in education lists include mentions of enterprises that are well-known in K-12 circles, including Kaplan, LearnZillion, Knewton, and KnowRe in 2014; Amplify, GameDesk, and ClassDojo in 2013, Knewton and Pearson in 2012, and Khan Academy and Discovery Education in 2011.