The co-founders of Flocabulary, an ed-tech business that has turned hip-hop into an educational medium for students, have chosen industry veteran Din Heiman as the company’s first president.

Since it was launched in 2004, Brooklyn-based Flocabulary has pursued the goal of making academic content catchy, relevant and fun by pairing educational lyrics with the beats of hip-hop. Today, the company says its contemporary combination of education and music is used in more than 25,000 schools. 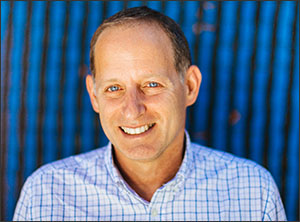 In his new role, Heiman plans to focus on several areas to expand the company’s reach. “The need here more than anything else is to find a way to articulate the story and spread it at a quicker pace,” he said. As the company has grown over the past 14 years, there are “some operational needs” to address as well, he added.

Heiman brings a history of operational experience to the position. Most recently, he was interim CEO of Achieve3000, and had a long tenure as COO and general manager at BrainPOP, a company that helps students learn via animated movies, games, playful assessments, and activities. Before that, he was the executive director of operations at Kaplan Test Prep.

Now, Heiman is facing the challenge of expanding the company. Thus far, its growth has come without much of a sales channel, international expansion, or business-to-business relationships, he said.

Flocabulary’s co-founders are active in the business—Alex Rappaport as CEO and Blake Harrison as chief product officer. The two started their company producing music on CDs and publishing books that went with them for the first five years of the company’s existence. In 2011, they established a website and moved the content online. By 2014, they had grown to 20 employees and have 70 today.

Asked about evidence of efficacy, Heiman said one gauge of value is the renewal rate for the subscription product, where schools tend to “vote with their feet.” The district renewal rate approached 90 percent in last year’s back-to-school timeframe, he said.

Other evidence of efficacy is research the company conducted on vocabulary. An independent study in 2008 and 2009, and funded by Flocabulary, found that one of its products boosted student achievement on state reading tests for middle school students who used the program for seven months, and the greatest gains were seen in high-need student populations.

Heiman said he’s excited about the ability of the Flocabulary approach to reach the disengaged student in the back of the class and believes that districts that implement Flocabulary are “attuned to the importance of cultural relevancy in education.”

But will exporting the U.S. hip-hop education program translate to schools in other countries? Heiman said he doesn’t expect to face many cultural headwinds abroad.

“Modern contemporary offerings, in general, tend to be a better fit for international schools and private schools first,” he said. But he also sees a fit in Australia, Canada, and the United Arab Emirates. “I’m very eager to start trying to better evaluate Japan, because Japan has committed to some strategic shifts,” he said.

Heiman decided to take a break and study the ed-tech landscape after his 10-year tenure at BrainPOP. He said he “kind of obsesses over understanding companies in this space, business models and growth potential,” and is attracted to companies that you see “flying under the radar” but already have a strong following.

Flocabulary fit that model, he said. A high-profile video produced by Flocabulary in 2017 introduced the new ISTE Standards for Students to thousands of educators.

“When I saw that at ISTE last year, I didn’t realize our paths were going to cross again in the future,” said Heiman. [You can watch that music video below.]