As the country’s largest education technology conference gets underway with a dizzying mix of vendor pitches and teacher-led workshops at the annual meeting of the International Society for Technology in Education, the organization’s CEO carved out some time to talk.

Last week, while running through an airport on his way to Chicago where the event is being held, ISTE CEO Richard Culatta covered  some of the big announcements coming this week, how ISTE is responding to recent shifts in the ed-tech field, how the ed-tech world is handling criticism over conflicts of interest when companies and educators collaborate around promotion, and the increasing number of virtual and augmented reality products entering the K-12 marketplace. 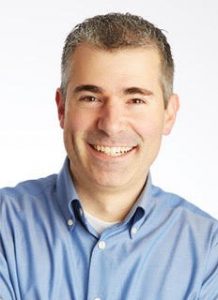 For daily dispatches from ISTE and ongoing coverage of ed-tech news and trends, sign up here for the Digital Directions newsletter.

The following Q&A has been edited for length and clarity.

What are you most excited about this year?

I’m really excited about some of the tools that we are going to be launching ourselves. One is called Edtech Advisor, to help teachers make better choices about what tools they’re using in classroom. For a long time, we’ve left that up to chance and outdated research.

ISTE is also announcing new standards around technology leadership and computer science education.  Why now for each of those?

With all the changes in schools, particularly around increased connectivity, we felt we needed to update the technology skills we want to see in leaders.

Thanks to the New York Times, one of the biggest issues in the ed-tech field the past year has been potential conflicts of interest involving teachers and district leaders who receive support from technology vendors in exchange for buying and promoting their tools and brands. How is ISTE responding?

I would say we actually have always led the way in terms of keeping that clean. In the last issue of our magazine, we did an article with advice to members about that.

Among the things we’ve always done, we do not allow people to do sessions where they are promoting particular tools—they can mention the tool, but not do solicited sessions. Sessions led by vendors are clearly marked.

The other thing that is new this year: If any [presenter] has a connection with a company, they have to disclose it, and we will show that connection on the session they’re leading. If a company has covered the cost of a teacher to come to ISTE, that’s fine, but the teacher needs to disclose it.

It’s just being clean about when and where there are connections to the private sector. Those connections and collaborations are critically important. We need to make sure it’s clear when someone is sharing something because they’re representing a company.

ISTE has recently been promoting virtual reality and augmented reality, including publication of a new book. Given the lack of research around AR/VR’s impact on learning, as well as the concerns around how it might impact children’s development, why make such a push?

I don’t think we’ve been more vocal around AR and VR than around other tech.

I do think there’s huge promise for using it to provide experiences that are either financially impossible or unsafe to provide in the classroom, like virtual science labs and global field trips. So we see huge potential in the future of AR and VR. But I’m not sure we are emphasizing that tech over others.

Something new we are doing at the conference this year, though, is an AR/VR Alley. We found last year a lot of stuff was just flashy, “oh look, we’re using VR,” but there wasn’t a solid educational case for it. So we decided to step in and curate a little more.

As for the concerns, we certainly care about privacy. Honestly, I’m much more concerned about other mediums. And we care about making sure students are using the appropriate technologies for the appropriate amount of time, in a way that aligns with their age and maturity. But that’s not specific to virtual reality.

One of the themes I see in this year’s program is global connections, bringing together students from across the world to collaborate together. What do you make of that?

I’m thrilled. It’s one of our standards, being a global collaborator. In order for students to be successful in the world they’re graduating into, they need to be able to work with other people across the globe.

In the past, that’s been hard, in part because of spotty connectivity in schools. Now, though, we are actually able to start to have some of these collaborations happen at scale.

I also see teachers talking about their efforts to bring new tools, such as digital voice assistants, into the classroom. What advice does ISTE offer to educators who are experimenting with technologies that don’t have a roadmap?

We are actually going to be launching the first course I’m aware of anywhere in the world specifically about artificial intelligence, chatbots, Alexa, and other similar technologies for education.

It goes through what you should be thinking about as you are trying to bring these tools into the classroom. As we think about the future of AI, which is going to be ubiquitous, what do we need to be teaching students? Part of it is about safety and privacy, yes. But it’s also about how to use these as problem-solving tools.  We don’t want AI to be something that is just done to students.

It will be an online course, part of new series called ISTE U. We tried to pick areas we felt traditional teacher professional development has not done a good job of covering. The courses will be done in cohorts—teachers won’t just click through a course, they’ll be interacting with each other.

We’ll be announcing an exciting partnership with TED to help bring more teacher voice to the rest of the world.  More details to come on Wednesday.