A four-year analysis of ed-tech usage in schools shows that—despite a jump in how many products fully met usage recommendations—there’s still about $1 billion spent on ed-tech licenses that go unused, according to research from LearnPlatform.

Lea(r)n, a company that tracks K-12 ed-tech usage data, has conducted a study since 2015 of how schools, districts, and states use 11 curricular math and literacy products that they purchase.

About $3.8 billion is spent on ed-tech licenses each year—or approximately $75 per student, according to the analysis. With 27 percent of ed-tech not meeting any goals, that leaves over $1 billion wasted, according to calculations from LearnPlatform researchers.

The new report is intended to provide “timely data as [educators and administrators] head into budget and planning preparation,” said Karl Rectanus, co-founder and CEO of LearnPlatform. “Certainly there are a lot of savings opportunities for states and districts.”

The report also highlights the fact that 16 percent of licenses are fully used, compared to only 5 percent four years ago—along with a 10 percent drop in licenses where no goals were met.

“Generally, we’re seeing more use with fidelity,” said Rectanus. The fact that the numbers are “moving in the right direction points to better implementations,” he said, whether because it’s easier for teachers to use the products, or that professional development for teachers helps them tie the tools into instructional practices. 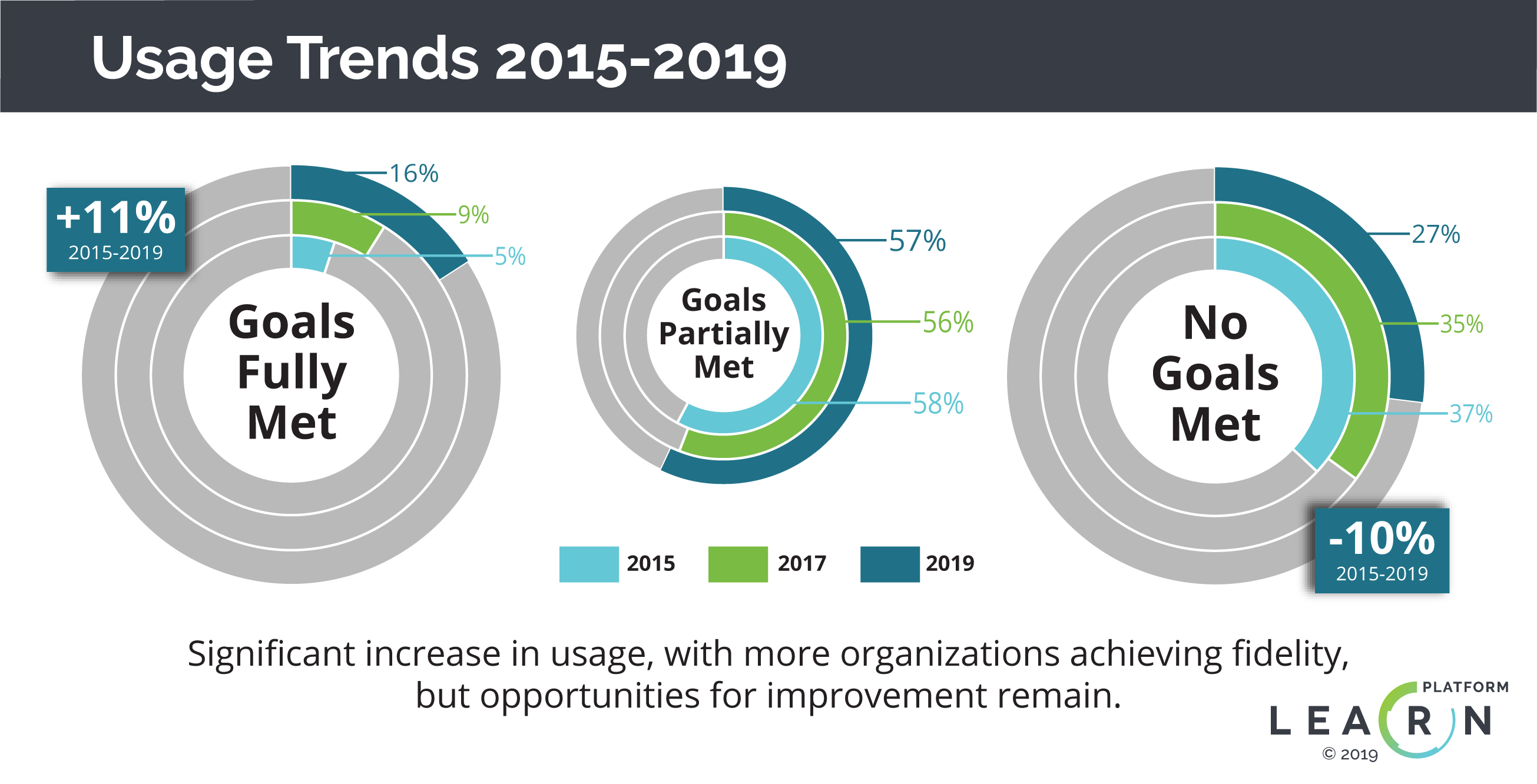 Other factors contributing to better utilization trends are an ed-tech ecosystem that is “more effective, aligned and equitable,” as well as increased safety and security of products, the report said. Schools are also transitioning from “usage to outcomes” in their efforts, at least in part due to evidence requirements under the Every Student Succeeds Act.

The LearnPlatform analysis represents a diverse set of specific, comparable, textbook replacement products across 26 districts, states and organizations that use the technology, according to Rectanus. The schools and districts on the platform are “actively looking at improving implementation,” he said.

While the company has expanded the number of school users and products on its platform, the comparison is an “apples-to-apples” analysis looking at ed-tech tracked since 2015.

A different study earlier this year found that 67 percent of educational software product licenses go unused. That analysis, from Glimpse K12, looked at $2 billion in school spending. It tracked 200,000 curriculum software licenses purchased by 275 schools during the 2017-2018 school year.