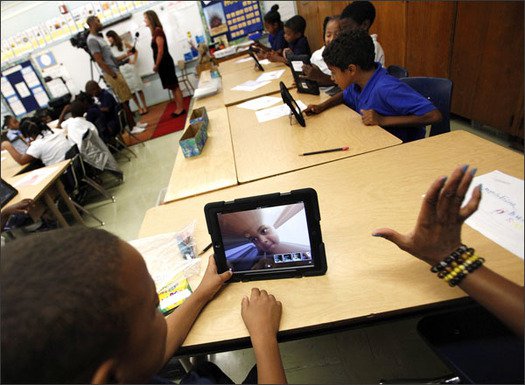 Many students, particularly older ones, are making extensive use of their own digital devices in schools, in some cases more so than learning technologies issued by their districts, a new nationwide survey suggests.

The data could probably serve as a reminder to ed-tech developers that they need to be thinking about their tools’ and systems’ compatibility with the devices students already have—not just what districts are choosing as part of 1-to-1 computing efforts or other big technology purchases.

Fifty-eight percent of high school students, when asked what type of device they use at school, said they rely on their own technology, according to the results of the Speak Up survey, released this week by the Irvine, Calif.-based nonprofit Project Tomorrow.

Among students in grades 6-8, the portion using their own devices is much smaller, 23 percent, while the largest portion of students, 34 percent, said they used school laptops. See the full results below:

Among the report’s other findings: 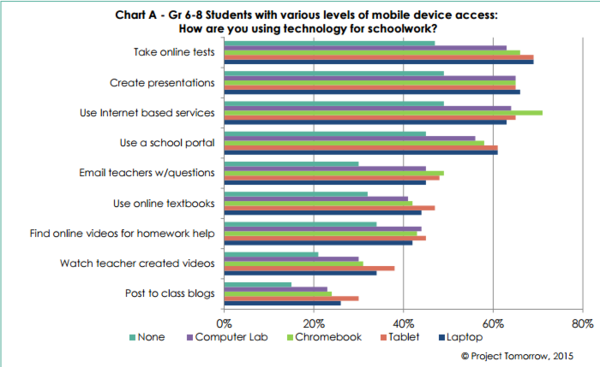 The Speak Up survey is based on online responses to surveys conducted in October through December of last year.

Photo: Students photograph themselves with an iPad during a class at Broadacres Elementary School in Carson, Calif. — Bob Chamberlin/Los Angeles Times/AP

10 thoughts on “Many High School Students Rely on Their Own Tech Devices at School, Survey Says”