Michele Molnar, an insightful journalist and student of the education industry who was known among colleagues for her kindness and good humor, died over the weekend after a long battle with cancer.

Molnar joined Editorial Projects in Education, the parent organization of Education Week, seven years ago as a reporter, and she played an instrumental role in the launch of EdWeek Market Brief, a business publication and intelligence service, two years later.

During her time as a staff writer and an associate editor for EdWeek Market Brief, Molnar’s reporting spanned many topics, from stories about teaching and learning in the nation’s classrooms to examinations of the leadership of some of the most prominent education companies in the world. 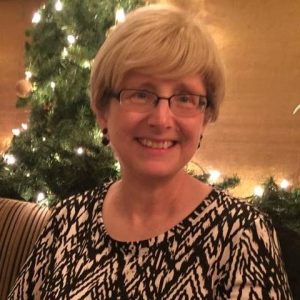 “She was curious, and she was strategic. She was a tremendous collaborator, and she was unbelievably resilient and strong,” said Michele Givens, the president and CEO of Editorial Projects in Education, the nonprofit organization that includes Education Week, EdWeek Market Brief and Top School Jobs.

“She cared about our success and she was competitive on our behalf. Michele was very deft at uncovering what makes education companies tick, beginning with their leadership, and at helping them understand how best to connect their entrepreneurial aspirations and missions with the needs—and the bureaucracy—of school districts.”

Molnar wrote extensively about the challenges that education companies face in trying to pursue innovation and achieve profitability. She dissected the origins of those businesses’ successes, and broke down their shortcomings, including disconnects between their work and the needs of schools.

In some of her best stories, Molnar also offered readers a window into the pressures facing executives of education companies. She wrote about their challenges in encouraging innovative thinking among their employees, in knowing when to take risks, and in acquiring talent and laying out a roadmap for their organizations’ growth.

“I can’t tell you how many times I said to her, ‘How did you find that story?” recalled Kevin Bushweller, an assistant managing editor at Education Week, who hired Molnar in 2013.

She was “very creative in her approach to reporting,” Bushweller added. “She dug around in places your typical reporter would overlook, unearthing the kind of original stories that made Market Brief stand out from the crowd, and grow.”

She also wrote with verve about many topics well outside the education industry.

One example was a compelling profile of Gonzalo La Cava, the chief of human resources for the Palm Beach County school system, detailing his efforts to bring nontraditional candidates into the teaching profession. In that story, published in February, she wrote:

The HR chief’s work in Palm Beach is informed by his immigrant story. His parents emigrated from Uruguay to South Florida more than 40 years ago, when he was still a young boy…

His experience as a student in the Miami-Dade County school system, where he was placed in what were then called English as a second language classes, left him feeling isolated from the rest of his peers.

It’s that feeling that drives him to ensure that students have teachers and school leaders who make them feel welcomed and push them to excel.

La Cava started his career teaching special education students and was struck by how similar his students’ experiences were to his early years in school when he felt like an outsider.

“I could see their struggles in me,” he said.

Molnar’s adaptability as a journalist was not surprising, given the breadth of her work experiences prior to her time at Editorial Projects in Education.

Before she joined EdWeek Market Brief, Molnar was known to Education Week’s editorial team as the author of the publication’s K-12 Parents & the Public blog, where she reported on schools’ efforts to help and communicate with families.

Earlier in her career, Molnar wrote for a variety of publications and organizations, which offered her an insider’s view of the work of CEOs across industries.

The eclectic group of publications and organizations she wrote for included the Community Associations Institute, where she wrote for Common Ground Magazine; OneCoach, where she authored case studies and e-letter articles; and the Special Inspector General for Hurricane Recovery for the U.S. Department of Homeland Security.

She also established her own communications consulting practice, a business she founded in 1999.

At Education Week and EdWeek Market Brief, Molnar is remembered for her generosity—and for her irreverent sense of humor.

Bushweller, who worked closely with Molnar when he was executive editor of EdWeek Market Brief, recalled her amusing observations about conversations with sources, events in the news, and the joys of raising two boys.

“Michele had a take on those things that made me laugh, oftentimes very loudly,” Bushweller said.

Some of their best conversations occurred when the two shared walks from Education Week’s offices in Bethesda, Md., to a nearby Dunkin’ Donuts. Bushweller later moved to Vermont, but when he returned for monthly visits, the tradition continued.

“We talked about work, family, friends, politics, aging and all the challenges that come with those things,” he said. “I came to appreciate how Michele was one of the best listeners I had ever known.”

She was quick to offer guidance to new colleagues, from experienced reporters to interns, and to praise other reporters’ work. She often surprised her colleagues by preparing treats, and gifts, based on things they’d mentioned in conversation.

Bushweller recalled the comfort Molnar offered to the mother of a former Education Week intern who died unexpectedly several years ago.

“She helped us see beyond our frustrations,” Bushweller said.

Molnar also played a vital role in the launch of EdWeek Market Brief in December of 2015. She worked directly with Givens in shepherding many details of the initiative, and she collaborated with multiple departments to help build a shared editorial and business strategy for the service.

After Market Brief was off the ground, Molnar was the lead author on much of its most important content, from in-depth stories to Q-and-As to special reports. She also moderated many webinars and live event panels, conceiving them and recruiting speakers.

“Michele reveled in the opportunity to build something meaningful alongside her colleagues, through all the messiness and experimentation,” said Givens, adding, “Her absence creates a big hole in our community, but she also leaves behind a big legacy.”

She is survived by her husband, Joe Cantlupe, of Silver Spring, Md., and her sons Benjamin (BJ) and Max, and by her sister, JoAnn Ferretti, and her husband Richard, of Bangor, Pa.