Open educational resources make up just over 5 percent of the full-course curriculum market, according to a new study of recent district adoptions of the freely available, shareable materials.

But there’s a wide difference among subject areas, with math open resources accounting for 14 percent of market share, while science represents just 2 percent, according to the analysis, published by Bay View Analytics, a survey design, implementation, and analysis organization. 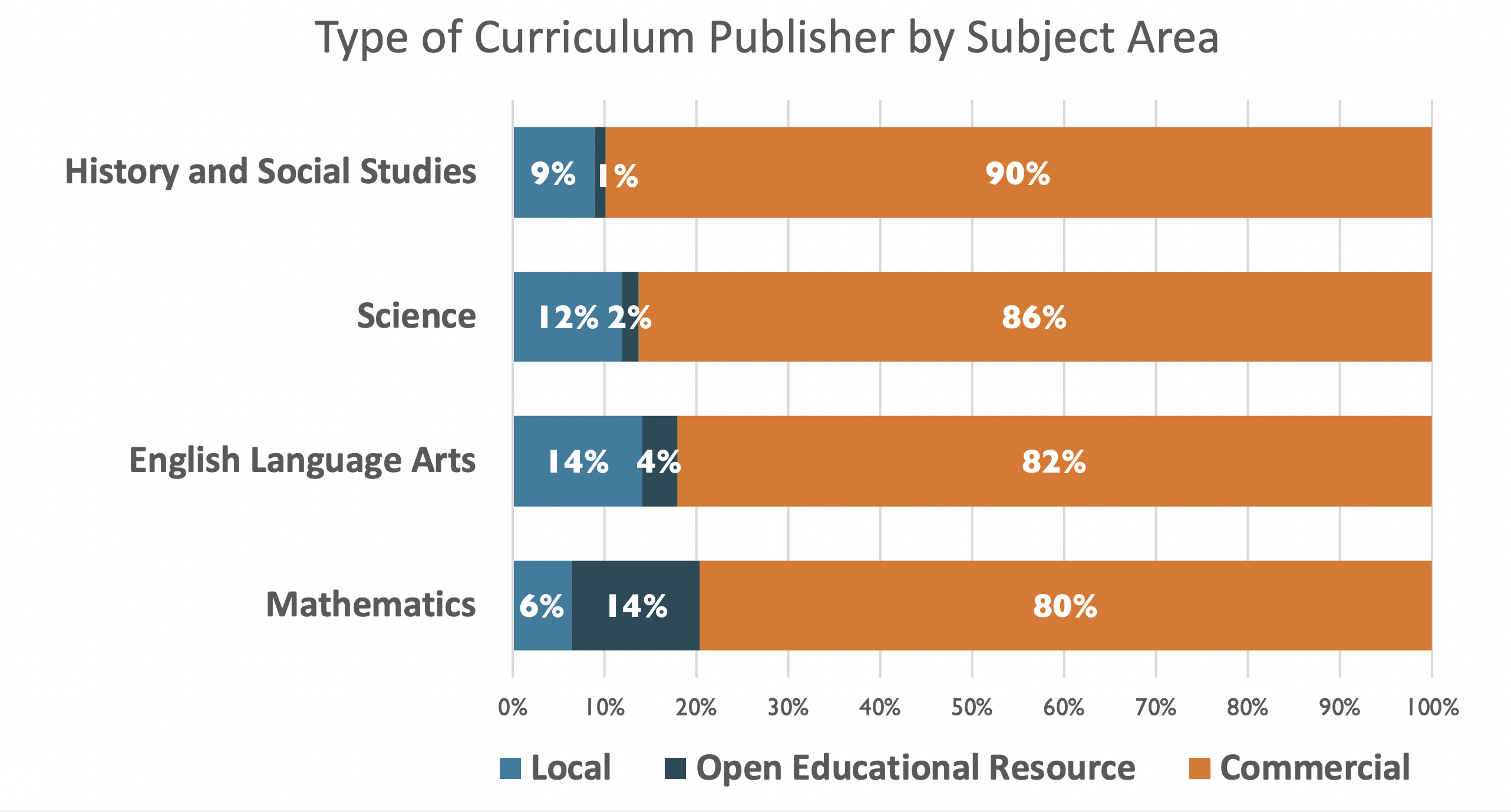 Open educational resources are generally defined as materials that either exist in the public domain, or have been released under a license that allows teachers and other users to access them for free, and revise and redistribute them as they see fit.

EdWeek Market Brief is unveiling results from a pair of exclusive surveys of businesses in the K-12 market on Friday, July 31 at 1 p.m. EDT.

This briefing is for business leaders, investors, and anyone interested in the state of the industry. Among topics that will be covered:

You can register for the briefing here.

The dominance of mathematics OER can be attributed to a supply-and-demand issue, said Jeff Seaman, a co-author of the study and co-director of Bay View Analytics, formerly known as the Babson Survey Research Group.

“There’s been a lot of attention on OER in the math community, on the provider side,” said Seaman. “There are more options, they are better known, and that just started a bit of a ball rolling. It’s been picking up some speed.”

One example of that momentum in math became evident last year when an open educational resource provider, Illustrative Mathematics formed a partnership with the major commercial publisher McGraw-Hill. Illustrative Mathematics also forged a second deal with another publisher, Kendall Hunt. McGraw-Hill agreed to build upon and sell a commercial version of IM’s curriculum.

The findings are based on a study of 2,137 teachers, school-level administrators, and district administrators in the U.S., whose districts have made full-course curriculum adoption decisions within the past three years.

The questionnaire was completed before the current pandemic crisis, said Seaman, but results will likely hold up post-pandemic since schools will continue to have a curriculum selection process in place.

The overall report focuses on educators’ perceptions of the quality of the curriculum they adopted. OER received slightly better quality ratings than its commercial alternatives, researchers found, although in mathematics, OER and commercial offerings tied at 74 percent.

In English/language arts, OER (83 percent) outpaced commercial alternatives (73 percent.) In general, OER was rated “considerably better on multiple specific aspects of teaching and learning, such as extending the core knowledge to novel tasks and situations and collaborating with others,” the researchers found.

Districts that used external review sites like edreports.org, during their selection process were somewhat more likely to choose open resources than they were traditional commercial materials, the researchers found. Only 4 percent of districts that didn’t consult any external review chose an OER-based curriculum. That result increased to 9 percent for those who relied on external reviews from other districts or state resources to guide their decisions.

The most common way to openly license copyrighted education materials—making them OER—is to add a Creative Commons license to the educational resource. These licenses are standardized, free-to-use, open copyright licenses, according to the report.

The study found that awareness of copyright and the public domain, in general, is much higher among districts than is awareness of Creative Commons licensing, specifically. Nearly three-quarters of respondents claim some level of awareness of OER, but this drops to only one-third when awareness of specific kinds of licensing of open resources is included, the researchers found.

The full report, entitled “What We Teach: K-12 Educators’ Perceptions of Curriculum Quality,”  can be accessed here.

One thought on “How Much of the K-12 Market Is Using Open Educational Resources?”