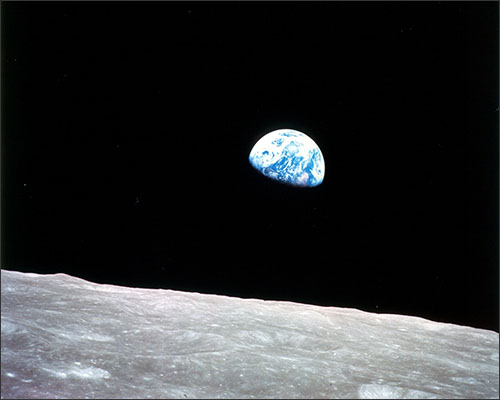 While no specific details about the center were released at the time of the announcement, the National Council for Geographic Education considers it a positive development, according to Zachary Dulli, the chief executive officer of the organization, which celebrated its 100th anniversary this summer.

The state of geography education today is “all over the map,” said Dulli. He pointed out that the Advanced Placement Human Geography test was taken by 130,000 students last year, but that only 27 percent of 8th graders reached proficiency on geography in the 2014 National Assessment of Educational Progress test—a percentage that remained unchanged from the 2010 exam.

Meanwhile, the U.S. Bureau of Labor Statistics estimates that the demand for geography jobs will increase 29 percent from 2012 to 2022, and the need for geographic information specialists is expected to increase 20 percent in that same period, compared with an anticipated increase of 11 percent for all other occupations.

Exactly what form the National Geographic Grosvenor Center for Education will take is still in discussion stages, according to MJ Jacobsen, a spokeswoman for the organization. In its announcement, the society said the center would be dedicated “to creating geographically competent high school graduates.”

“The deal doesn’t close until the end of the year, so we’re going to use this time to figure out what should be part of the center,” what information it will disseminate, and how that information should be delivered, Jacobsen said.

The deal that will launch the center (which is not to be confused with the Gilbert M. Grosvenor Center for Geographic Education at Texas State University) was announced on Sept. 9.

By forming the for-profit partnership, the media-entertainment company owned by Rupert Murdoch and his family would control 73 percent of the venture and the society 27 percent.

Concerns about the society’s plans to turn over media assets to Rupert Murdoch and his family rippled through coverage of the move. The Washington Post reported that Gary Knell, National Geographic Society’s president and CEO, told his employees that the nonprofit faced “enormous and real existential risks” if it didn’t sell the properties. But the Post also reported that “in 2013, the most recent year for which records are available, the organization had one of its best years. Its revenue grew 16 percent, topping $500 million and throwing off a $25.7 million surplus. Net assets expanded by 20 percent, putting the society’s net worth close to $900 million.”

On the topic of affecting the integrity of National Geogrpahic magazine and the other properties, Knell told Fast Company that the deal will “amplify, not change” the core message of NatGeo.

To Dulli, the new center can only be a positive one for geography education. “For the last 30-plus years, National Geographic’s been our main partner in geography education,” he said. “The money they now have to double down on the nonprofit side could be a really positive thing,” he said.

In the 1980s and 1990s, the society hosted summer institutes that brought two teachers from each state to Washington, where they participated in professional development. Not all were geogprahy teachers, but Dulli said they all left with a passion for teaching geography, and became part of a growing alliance of educators schooled in new ways to teach geography.

It’s important to get a geography curriculum into the classroom “so we’re preparing the next generation to go out there and be good world citizens,” he said. “I’m really excited to see what they [the society] plans to do, and who will run it,” he said.

This is the second major story this year involving properties owned by the Murdoch family that touch education. Last month, News Corp. announced that it is looking to sell Amplify, the battered ed-tech company in which it had invested $1 billion. News of the sale of the education division, which had written off $371 million in losses over one year, sent News Corp.’s stock up 7.5 percent.

Photo Credit: NASA for “Earthrise,” the Earth rising over the lunar landscape, as photographed by the crew of Apollo 8 in 1968.