Big moving and shaking in the assessment world today. David Coleman, one of the lead writers of the Common Core State Standards, will become president of the College Board, which administers the SAT college-entrance exam and the Advanced Placement program.

My colleague and assessment guru Catherine Gewertz has the story. In an interview, Coleman said his goal is to better align the SAT with the common standards, which have been adopted by 46 states and the District of Columbia. As a co-founder of Student Achievement Partners, a common-standards advocacy group, and one of the lead writers for the English/language arts portion of the standards, that shouldn’t come as a big surprise. College Board itself has consulted on the standards.

By aligning the common core with standardized tests typically valued by colleges, it could broaden the standards’ intentions, from proving college readiness to helping determine college admission.

“The common core provides substantial opportunity to make the SAT even more reflective of what higher education wants,” Coleman told Catherine. “The real value here is that if the SAT aligns more to the common core, we won’t be giving an assessment at the end of K-12 that’s out of kilter with what we demand at the end of the day.”

There are opponents to this idea who claim national standards will marginalize the decision-making of local schools and school boards. One person called it “the next logical step toward the College Board becoming the nation’s unelected school board.” 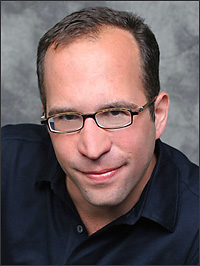 Both Student Achievement Partners and the College Board are nonprofits, but they engage in big business. Student Achievement Partners, which recently reorganized into a nonprofit, received an $18 million grant from the GE Foundation for common core support materials (though Coleman claimed it will not accept money from publishers, and will not compete for contracts). Outgoing College Board President Gaston Caperton earned more than $1 million last year and the organization’s rapidly growing revenue exceeded $65 million in 2010, according to the Hechinger Report. Coleman, 42, will start in October and could earn up $750,000.

For more on what the move could mean for the SATs, check out Catherine’s story and her blog post at Curriculum Matters.