A new project that seeks to “fundamentally rethink” the role that assessments play in student learning has issued 12 grants to schools, districts, and other awardees focused on fashioning makeovers of testing systems.

The awards from the Assessment for Learning Project are collectively worth $2 million, and were chosen from 148 proposals.

The project is led through a partnership of the Next Generation Learning Challenges, a network of educators, philanthropies, and tech advocates; the Center for Innovation in Education, an organization at the University of Kentucky focused on promoting “personalized learning,” and other issues; and 2Revolutions, which describes itself as an education design working lab.

The Assessment for Learning Project is focused on re-imagining assessment in a number of ways. A core goal is to boost student control or “agency” over testing, moving away from assessment that’s passive or something that is simply “being done to students,” said Sarah Lench, the director of the project.

Overall, the project aspires get beyond common perceptions of testing linked to high-stakes exams, “reclaiming the very word ‘assessment,’ ” she explained in a follow-up e-mail.

The center at Kentucky is led by Gene Wilhoit, the former executive director of the Council of Chief State School Officers, which took a major role in the inception of the Common Core State Standards, among other efforts.

Other areas of exploration for the assessment project include strengthening the uses and design of both formative assessments and performance-based assessment, and developing the use of “learning progressions,” basically academic frameworks based in an understanding of how students learn and the knowledge they bring with them to school. The project also will support trials of culturally responsive assessments, and the cultivation of “competency-based” tests in science and engineering. 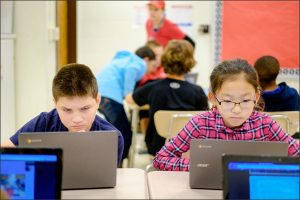 The new grantees include: the Henry County, Ga., school system, which will focus on incorporating feedback from teachers and students into assessment; WestEd, which is piloting personalized, video-enabled professional learning for educators and teachers and Del Lago Academy, a California school that is creating a competency-based assessment system for students.

Another award went to the Summit Public Schools charter network (which has received support from Facebook’s Mark Zuckerberg). That grant will focus on creating targeted assessments for measuring “habits of success.” Yet another pool of money is flowing to a consortium of urban and suburban districts in Florida, Virginia, and other states meant to develop performance-based assessments.

The project comes into focus as standardized tests are taking a beating from many policymakers and parents wary of what they see as over-testing and exams that promote rote-learning. Families in some states are opting-out of their schools’ exams; testing companies are getting ripped for fouling up high-stakes assessments and disrupting teachers’ lessons and school schedules.

The grant program is being supported  by the William & Flora Hewlett Foundation and the Bill & Melinda Gates Foundation (both of which have financially backed Education Week’s editorial coverage).

The grantees are receiving awards of anywhere between $50,000 and $225,000. Uses of the money will vary by project. Some recipients could use it to support teachers’ sub time and stipends for K-12 officials engaged in professional development and summer learning, Lench said. Other could use it for project planning, or bringing in outside consultants or expertise.

Project officials want to avoid having grant recipients work on their assessment ideas in isolation. They should be picking up ideas from each other, and talking about common frustrations, a dialogue the assessment project is helping support, Lench said.

“We’re looking at this as more than a grantmaking effort. We want to build a community of practice,” she said.

“Our goal is to galvanize a conversation … we’re trying to [support] interesting models and insights about student agency and different measures of student success.”