The league’s  chief marketing officer, Mark Waller, specifically speculated that fantasy football, a game based on points assigned to players, could be used to get students excited about math.

The NFL is trying to “get the concept of fantasy based into the curriculum of elementary schools,” Waller told the Wall Street Journal. “If you love football and you teach them math through football, the chances are you may teach them better math and more quickly.”

Whether forging closer ties between the NFL and K-12 schools would bring greater payoffs to the gargantuan league by solidifying its base among young audience, or benefit schools, or accomplish some of both, is a matter of opinion. 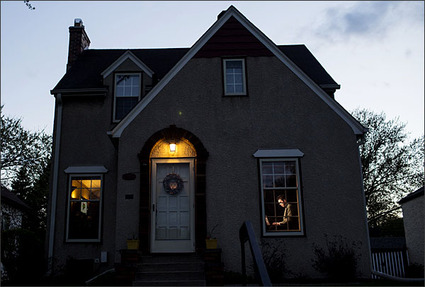 But regardless, Waller isn’t the first one to see the educational potential of fantasy football. Nelson, a 28-year-old teacher at North Lakes Academy Charter School, outside Minneapolis, has been offering a social studies-focused game rooted in fantasy football for a few years now, as we recently reported in a story in Education Week.

Nelson had grown frustrated with his students’ lack of interest in international affairs. So he sought to hook the football-minded among them an educational game he created, Fantasy Geopolitics. Similar to fantasy football, students “draft” nations as if they’re players, become “fans” of those nations, and rack up points based on whether their countries end up in the news cycle.

About 900 educators around the country were using Fantasy Geopolitics in their classes, by Nelson’s recent count. His next step is to try to market it commercially, either through charging for access to the website that houses the game, or accepting donations.

Not that the process has been easy. Nelson was working well into many nights and off-hours outside of school trying to build the market for his fantasy game. He’s one of countless entrepreneuers around the country trying to sell their products in a notoriously tough-to-crack K-12 marketplace, whose struggles we chronicled in our story.

EdWeek caught up with Nelson on Tuesday via e-mail. He said he’s updated Fantasy Geopolitics with new scoring features in collaboration with another organization, the GDELT Project.

He thinks the NFL would be wise to seize on the educational possibilities in fantasy, “especially if the NFL gets teachers (who are probably checking their fantasy teams as we speak) to collaborate and develop content,” he explained.

“They could do a lot of good work in schools,” he added, quipping, if “[the league and I] talk soon.”