Bird, who has more than 35 years’ experience in the media industry, will start in his new role on Oct. 19, according to Pearson’s announcement.

Fallon will continue as CEO until then, serving as an advisor throughout the rest of 2020 and stepping down from the board. Bird’s appointment is pending shareholder approval of a co-investment plan that is part of his compensation package.

Most recently, Bird worked for The Walt Disney Company, leading Walt Disney International, which encompasses Disney’s businesses outside of the U.S. From the time he joined that company in 2004, he was responsible for transforming it into a digital-first business focused on the diverse needs of consumers around the world, according to Pearson’s statement. 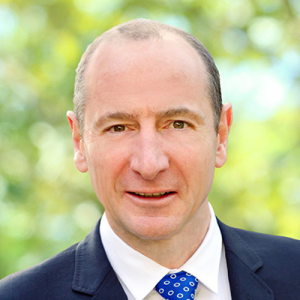 The selection of Bird signals another step in plans to provide more direct-to-consumer sales of its digital educational products, as more adults pursue paths to lifelong learning.

“We are delighted to have secured someone of Andy’s calibre, after an extensive search and selection process,” said Pearson Chair Sidney Taurel in the company’s statement. He added that Bird has “an excellent track record of growth.”

He will bring those perspectives to Pearson, a company that has faced the challenge of moving from its role as a traditional textbook publisher selling to higher education students and K-12 schools, to one that markets digital-only materials. Pearson also sells assessments and operates the Connections Academy, a virtual school network in the U.S.

Before joining Disney, Bird held a number of senior positions at AOL Time Warner, and spent the earlier part of his career in a variety of roles at Piccadilly Radio and Virgin Broadcasting Company, among others.

Fallon, who became CEO of Pearson in 2013, announced his plans to retire last December. Taurel thanked Fallon “for his outstanding contribution spanning over two decades with Pearson.”

What are districts’ most pressing needs for professional development, and how have they changed with the shift to remote learning? Join EdWeek Market Brief for our Wednesday, Aug. 26 webinar, in which we’ll look at the results of a nationwide survey of district officials, detailing the kind of PD they want from vendors during COVID-19, and their preferred delivery methods. You can sign up here.

During his tenure as CEO, Fallon was credited for simplifying, modernizing, and re-shaping Pearson, “ultimately building a digital education company that is focused on experience, outcomes, and affordability,” Taurel said in the statement.

The transformation Taurel referred to involved moving Pearson from a media-and-publishing conglomerate to an international learning company.  The company took a major step in that direction in 2015 with the sale of the FT Group, which included the Financial Times. Fallon then organized Pearson around three global lines of business: school, higher education, and professional education.

But the moves did not come without controversy and sometimes disappointing results. Thousands of employees were laid off in various rounds in Pearson’s streamlining efforts. The U.S. curriculum and instructional materials business was put up for sale, but investors became impatient about how long it was taking to find a buyer. Earlier in 2019, it was sold for $250 million to Nexus Capital Management. Earlier this year, Pearson K12 was rebranded as Savvas Learning Company.

After Pearson’s extensive search, Bird was asked to become a non-executive member of the Pearson board in May, the release said. Since joining the board earlier this year, Bird said that he has “come to see the enormous potential across the company’s businesses, the strength and dedication of the people who work here, and the great opportunities that exist for Pearson to become a digital-first learning company.”

In order to secure the appointment of a high-quality candidate, the board has consulted with a small number of Pearson’s largest shareholders, to get their input on a compensation package to promote the long-term success of Pearson and support the creation of long-term shareholder value, the company said in its statement.

The package includes a co-investment award, recognizing a significant personal investment in Pearson shares that Bird has committed to make, along with a $1.25 million salary, bonus, allowance in lieu of pension, and long-term incentive awards. Further details can be found in the announcement.

The co-investment award is outside Pearson’s remuneration policy approved by shareholders at its Annual General Meeting in 2020 and requires separate approval by shareholders.

A specially convened general meeting will take place to obtain such approval. The appointment of Bird as CEO is contingent on that approval.