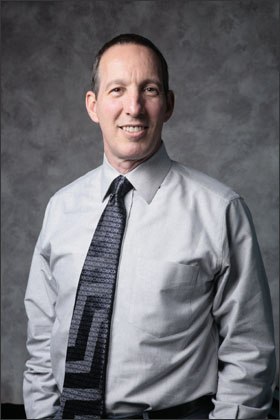 In Monday’s edition of Education Week, I have a story that examines digital textbooks and the real costs for school districts of switching to digital content. For the piece, I spoke with Peter Cohen, the chief executive officer of Pearson School, the education company’s U.S. schools business, about being part of the Digital Textbook Collaborative formed in cooperation with the new, federal digital textbook plan, the company’s partnership with Apple on new iPad textbooks, and the challenges for districts using open content. Cohen spoke thoughtfully and at times candidly with Education Week about subjects that couldn’t make it into the piece, including the direction the company is headed and what quality digital content should look like.

An edited transcript of that interview is provided below. Worth noting: this interview occurred last month, before PineappleGate, so that’s why there aren’t any questions about pineapples.

Education Week: Why is there a focus, on the state and federal level, on 1-to-1 device programs and switching to digital textbooks?

Peter Cohen: I’ll answer the textbook part first. A seven-year-old textbook is kind of a silly idea. It just doesn’t make any sense in this day and age. Having printed instruction programs fixed in time doesn’t allow us to modify them so students get the most up-to-date work. It doesn’t allow us to capture student data so you can personalize the program for each student. Technology allows you to do both of those things.

I personally don’t think a digital textbook is the answer, meaning a PDF of a printed book. That’s also in fixed time, but maybe now it’s updated, so at least you can get an updated book every year. But you don’t take advantage of the technology in its truest form, which is to allow us to capture data in real time and use it to change our practice.

The digital textbook—which we’ve got beautiful ones we did with Apple; they are animated, they are visual, they are more engaging and they’ve got a little assessment in them—that’s a start. It’s like the easy step. The real step is to go to content object libraries, assessment libraries, recommendation engines, all connected to which teacher is doing what so you can personalize it for every child and they can move on at the right path for them.

To get to the second part of your question: Why is the federal government focused on this? America and every other country has used technology to improve outcomes in business— in health, in airlines, in manufacturing, Amazon. Every business and every structure has used technology except for education. It seems obvious and intuitive that you can apply the same lens to what we do with 54 million kids and probably do a better job than what we’re doing today. That’s one reason. The next reason is you have a lot of new people in the White House looking to do something different.

Technology is engaging, it’s the hot new science. I think it’s a great opportunity there. And I think the ability to take massive amounts of data from 54 million students— if we get to that point, and we manipulate it in a way to say what works best for someone like you vs. someone like her, so that next person who has your profile can move more quickly—that’s a good thing for us.

EW: There are examples of districts that have gotten rid of textbooks altogether, and aligned themselves with the open-content movement. As a company, Pearson hasn’t aligned itself with that movement. If eventually the digitization of content is going in the open-content direction, how will Pearson go forward with proprietary content?

Cohen: We still unquestionably sell a lot of instructional programming that is completely curated. But you’re seeing a shift now when you’re also creating content object libraries, like Online Learning Exchange, which includes the best of our curated instructional items, allows you as a teacher to add open education resources you find online—Khan Academy, Smithsonian, any government agency, etc.—and recreate your own and put all of them together. So there are advantages to a completely curated approach, i.e. buying a program from someone like us, and there are advantages to a partially curated approach which is, by the way, what almost every school does. Every school typically buys something to start with and they modify it to fit their students. And there are some brave souls who want to do everything from scratch, and do everything with [open educational resources, or OER] and hope what they end up with will actually deliver the outcomes that they expect when they go into it.

I think that last part is the reason why companies that develop coherent programs will be around for awhile. The stakes for delivering achievement are pretty high. You can make the bet as a teacher, a principal, a superintendent or a chief state school officer, that I’m going to do it on my own and I hope I get it right. And it’s a bet. And if you fail at that you stand at risk—you don’t make [Adequate Yearly Progress, or AYP], you’re in the bottom 5 percent, you get fired as state administrator, or principal or teacher. So that’s a risk and you can take those.

We spend somewhere in the neighborhood of $800 million a year at Pearson across the world developing technology-based programs that we test—we do research on them beforehand, we do research after they are out—to make sure that they will deliver the result we promised up front.

You as a teacher can go out and do your own thing and create your own program. The first time anybody creates anything, whether it’s Web 1.0 or a textbook, you’re going to get it somewhat right and somewhat wrong and you’re going to modify it. How many cycles are you willing to go through with children, modifying before you get it right?

We don’t believe we are the fount of all things from an instructional standpoint and there are other great programs out there. We know that schools use part of our programs as soon as they buy them and they modify them. And that’s OK. We embrace that. It’s always been done but now it’s being talked about as OER. What did we call them before the Internet? We just called them stuff teachers make up. It’s the same thing.

EW: But the proliferation of it is an entirely new concept and dynamic.

Cohen: The ability to aggregate it more easily, to search many more places to find it, does open the universe for more to be available. If people put together social networks to rate it, score it, and check it against assessments, then it becomes a viable approach to teaching. We have to be better or we become irrelevant. If we don’t add value, either because ours gets you better results on student achievement, is easier to use, is a better value in some for you as a teacher, then we become obsolete.

EW: Are we going to have to wait until people of a later generation are out of the classroom and people of a younger generation, who have come up with technology, get in there, and have a core of teachers to be able to take all the information?

Cohen: There’s no question there’s generational differences in how people think about using technology. That being said, the research that I’ve seen shows that there isn’t a significant age difference in embracing technology in the classroom.

We haven’t been as good as we need to be in making technology easier to use— that’s Pearson as a company, education technology as an industry, and schools with their infrastructure.

There’s a thousand things that can go wrong for a teacher in a classroom with kids in front of them and technology doesn’t work right. Technology isn’t foolproof. I think there’s a good reason why some teachers are reluctant. They have been burned on it and they can’t afford to be burned many times.

I don’t think our dashboards, our inter-operability across multiple systems is as good as it needs to be. I don’t think, as an industry, including the state and federal government, have done a good job of setting up common standards, APIs, that allow disparate technology to talk to each other, so that a teacher at a school can use something they log in to one time and get different places they need to and the data will flow. Even in my own company, you have to enter a student roster in one place for one program and if you have another program for another person, because we have bought companies over time, you have to enter it again.

Well that’s not very good for teachers. It just makes it very tough to use on a day-to-day basis. We’ve got to get together. We’ve got to get industry standards, got to get student identifier standards. I know there’s a whole number of initiatives in place, whether shared learning infrastructure, LRMI, things going with the federal government where people are trying to solve these problems, and if we solve these problems, we will get people to embrace technology much more rapidly.