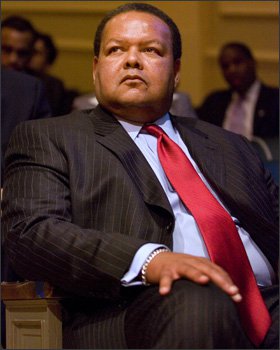 It looks like you just can’t keep Rudy Crew away from the public sector. The former schools leader in Miami and New York City who has worked in the private sector for the past four years, will be appointed “chief education officer” in Oregon, according to the Associated Press.

In January, Revolution K12, a Santa Monica, Calif.-based provider of adaptive-learning software in math and English, named Crew its president. He had previously worked for Global Partnership Schools, a consulting group that he co-founded. Before that, he’d experienced both highs and lows leading New York City and Miami, eventually being forced out of both districts amid political conflict.

I interviewed Crew after the Revolution K12 announcement and he said he’d always be a “public schools guy.” But he also had this to say when asked about his move from the public sector to the private sector:

For me, the greatest adjustment was: You got an opportunity to think and develop and design in ways that were not inhibited by the natural impediments in public schools. You don’t have to go through committees and board reports and so forth. There is a different way by which things get developed, and there is a more nimble way that things get brought into the market. And I think in a place and time when public schools need to have greater innovation and need to have an opportunity to think differently about the challenges they face, the ground needs to be free of debris. It needs to be free of the occasions where people can, without particular cause, stop the wheels of thinking.

For any readers who have worked in both arenas, what do you think the major differences are?
My colleague, Andrew Ujifusa, has more details at the State EdWatch blog.