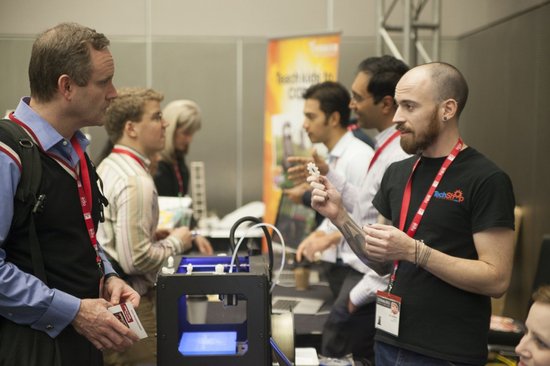 In just five years, the South by Southwest EDU conference has grown from a relatively anonymous regional event into one of those conferences on the circuit that gets circled, highlighted, or otherwise made to stand out on everyone’s calendar.

What began in 2011 as a Texas-focused summit meant to explore education innovation is now a gathering that will be swarmed this week by an expected 6,000 registered attendees who will descend on Austin, the state capital, from around the world.

SXSWedu kicks off Monday and runs through Thursday.

There will be education technology companies trying to promote themselves and pick up new ideas. Others will come looking to make deals or secure investors.

There will be teachers and administrators, nonprofit and government officials, and scores of others looking to gain insights on technology’s potential to transform schools—and information where all those whiz-bang digital tools and systems are falling short.

There are panel discussions, speeches, exhibits, film screenings, parties, and press announcements by companies using the event to tout themselves and their products.

And Education Week will be on the scene, bringing it all to you.

My colleagues Michele Molnar and Caralee Johnson Adams and I will be writing throughout the week on the Marketplace K-12 blog about what we’re seeing.  We’ll be bouncing between events, and moderating panels at the event on the evolution of digital reading, universal pre-K, student-data privacy and other topics.

So check back as often as you can for our updates.

At a Glance: SXSWedu

History: First conference held in March 2011; has steadily grown since then. In 2014, there were roughly 300 sessions/workshops and 700 speakers.

Note: estimates of attendees are based on 2014 numbers; this year’s numbers are still in flux.

Photo: Participants in a “makerspace” at a recent SXSWedu conference, courtesy SXSWedu, by JW Walthall.

One thought on “South by Southwest EDU, a Mecca for Ed-Tech, Set to Kick Off in Texas”