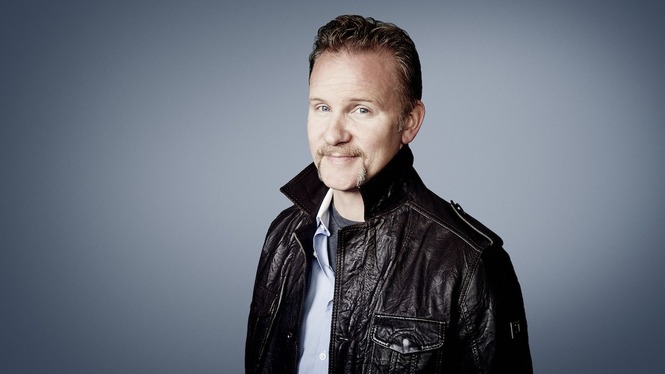 Microsoft co-founder Paul Allen and acclaimed documentarian Morgan Spurlock announced today the release of a collection of educational materials linked to a series of short films aimed at providing students with a clear and engaging introduction to otherwise intimidating economic topics.

The 5- to 8-minute films and supplementary curriculum are part of a project dubbed “We the Economy: 20 Short Films You Can’t Afford to Miss,” produced by Allen’s Vulcan Productions and Spurlock’s Cinelan, distributed to schools in partnership with Films Media Group—a leading provider of on-demand educational video for schools.

A discussion guide accompanies the film series, along with individual lesson plans connected to each of the films. The series covers a range of economic topics, including supply and demand, recessions, national debt, and government regulation.

The project, which cost an estimated $6-7 million, represents a unique collaboration between well-known filmmakers and leading economic advisors. Participants include Adrian Grenier of HBO’s Entourage, who appears in a short he directed on natural resources, and Adam Davidson of NPR’s “Planet Money,” who provided editorial guidance to the filmmakers.

The executive producer of the project was Morgan Spurlock, whose mother and aunts were teachers. In an interview with Education Week, he said he hopes the films will “engage kids in a deeper way, inspire their creativity, and capture their attention.”

Spurlock said he learned little about the economy attending school in his native West Virginia. He believes others have left school with a similar lack of knowledge of economic and financial issues.

“There’s always some level of economics conversation, but in terms of having full immersion, it’s not something that happens much in the educational system,” he said.

The documentarian, perhaps best known to audiences for directing Supersize Me, a film that documents his month-long fast-food-eating marathon, said he is especially excited that these film shorts will make their way into classrooms to complement the core curriculum.

In addition to showing teachers how the film topics align with common-core standards across a multitude of subjects, the classroom viewing guides that accompany the films—which teachers can access for free online—include step-by-step procedures for classroom implementation as well as extension activities, such as homework assignments.

“We didn’t want teachers to have to go outside the lessons to find additional resources,” said Kim Birbrower, founder and president of Big Picture Instructional Design, the Los Angeles-based company responsible for designing the educational materials.

“If there is background information that is needed to understand the concept that is presented in the film, that is included in the lesson,” Birbrower said.

For Birbrower, the most exciting aspect of the project was trying to create lessons that would not only teach to the content of the films, but that would also explore the cinematic techniques used by different directors—ranging from documentary style, to drama, to animation.

In one of the films, for example, director Lee Hirsch uses a modern dance troop to pantomime the concept of recession. Birbrower explained that the film’s classroom viewing guide not only looks at the idea of recession and how it impacts the economy, but also why Hirsch chose the dance troop to tell that story.

“The medium lends itself to showing that recession is not only an economic phenomenon, but also a human phenomenon.”

It’s that kind of higher-level thinking, Birbrower says, that sets the curriculum apart from preexisting materials for teaching economics.

Nan Morrison, the president and CEO of the Council for Economic Education, a New York-based nonprofit that focuses on building economic and financial knowledge among students, said the videos covered many of the voluntary economics standards used in K-12 classrooms. For instance, the films present facts and data with “point and counterpoint” perspectives that can stimulate critical thinking and discussion.

Some road-testing has already taken place, with a pilot program in the Los Angeles Unified School District that will continue throughout the school year.

Birbrower said the films have received positive reviews from teachers across multiple subject areas. One AP Economics teacher, for instance, told her the documentaries were a departure from an otherwise dry selection of materials used in covering the subject.

“Film and video is one of the best educational resources that you can use in the classroom,” Birbrower said. “It’s fun, it’s current, it’s interactive, and it creates an opportunity for students to make personal connections to the content.”

Photos, from top: Documentary filmmaker Morgan Spurlock directing “Caveonomics,” a new film for WE THE ECONOMY 20 Short Films You Can’t Afford to Miss // Director Lee Hirsch enlisted the renowned dance company Pilobolus to address what factors cause a recession. (WE THE ECONOMY).