The everyday experience of interacting with video online is best summed up as “instant.”

When you visit a site (including Edthena) and press the play button, the video starts playing almost instantly. 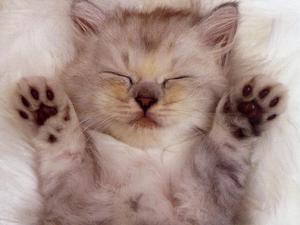 While nearly everyone I know (including my 90-year-old grandmother) has watched a video online, very few people have actually uploaded a video. And the few that have uploaded video have uploaded things like “Cat mom hugs baby kitten.”

So most people don’t have an expectation that getting video online might take more than an instant.

Recently, we surveyed a segment of our users. Much of the feedback was really positive. But two people (seriously, only two) identified that their biggest frustration was, “The amount of time needed to upload a video.”

Sigh. Compressing and uploading videos is something that we’re doing a great job as a company.

I realized the best response to this mindset about everything needing to be more instant would be to share data to quantify the benefits of our video tool.

We’re inherently constrained by someone’s upload bandwidth. We can’t give someone more speed. But we can reduce the amount of data they need to send to our servers to dramatically speed up the process of getting a video online.

On average, Edthena users see an 80% reduction in the amount of video data they need to upload. I’ll go ahead and say… That’s a lot of savings.

But let’s look at what this means in specific terms for a real user who recently uploaded a video.

File Size: The original video was 28 minutes long and a hefty 2,737 MB. For comparison, the size of one mp3 song is usually 3-5 MB. The total amount of data we uploaded to our servver for this user was 129 MB. In this case, we achieved a 95% reduction in file size! 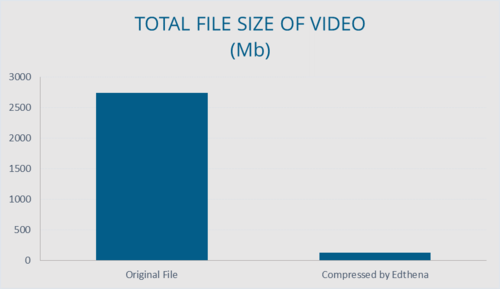 Time for Upload: The user in question happened to live in Indianapolis. We don’t know its exact connection speed, but we can take the average upload speed for the Indianapolis-area based on speed test data (see note below). On a perfect connection, we estimate the original file would have taken at least 63 minutes for the user to upload. And then there would still be some time for server processing to make the video ready for viewing. With the Edthena Video Tool, the user had successfully uploaded the video and it was ready to watch in only 17 minutes! 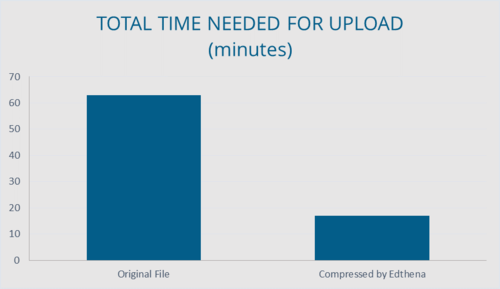 This whole exercise was to be able to show our users how much we’re benefiting them. So as an outcome of now having made these nice graphs, we’re now going to use this example as part of our onboarding and training.

Note: Speed test data is a measurement of burst speed versus sustained bandwidth. While it might be possible to send a small amount of data at the advertised “average” speed, users rarely get sustained upload bandwidth at these levels. Sustained bandwidth availability is needed for uploading large files. Additionally, Internet Service Providers can prioritize the speed test data in such a way that users experience better transmission speeds during the test. This is to say that the upload of the original file, if it had been attempted, would likely have taken much longer than our estimate.

One thought on “Cat Videos Are My Competition for User Happiness: Assessing the Benefits of Our Video Tool”