Last weekend, I decided to go on a bit of an adventure with my bike. I boarded the local transit and took the 30-minute ride from San Francisco to the East Bay to a stop called Orinda. 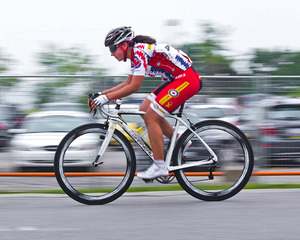 My sights were set on riding the Three Bears loop. I was excited, as I had planned it out a bit to make sure I’d know the route on my own. A really peaceful 21 miles with steady climbs and a rewarding descent.

I was riding along, maybe six miles in, when suddenly I found myself in the middle of a cycling road race. Apparently the loop was the course for the day.

As the first pack of riders&mdash;the fastest&mdash;were whizzing by me, I felt a pressure to ride faster.

This is much the same how work feels right now. We could be cruising along. We see the path ahead. But there’s a lot of pressure to go faster. A lot is happening all at once, and we’re taking it at a fast pace with lots of things being juggled at once.

That’s all the brainspace I have for sharing at the moment.