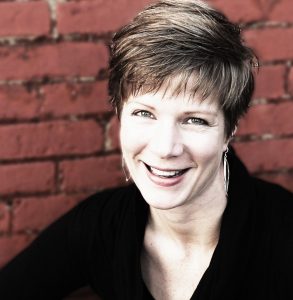 Guest post By Nikki Navta, Founder and CEO of Zulama. Nikki has been inventing products that combine left-and right-brain thinking for more than two decades. Her work on the product development side of the educational textbook publishing industry gave her the experience and inspiration to launch an ed-tech startup. Through a series of courses developed with faculty at Carnegie Mellon’s Entertainment Technology Center, Zulama helps students develop critical programming, art, and design skills.

Before founding Zulama, I worked for 25 years creating educational textbooks. My company had contracts with the biggest publishing houses in the world, like Pearson and McGraw Hill. The work was highly satisfying, as we helped them revise and create new educational products, from concept and writing to design and production.

Three major life events occurred for me in 2007 that sparked my idea to start an ed-tech company:

The light bulb went off and Zulama was born.

Seeing the Positive in Gaming

You might think the need to reinvent my business was the primary motivation for change in my life—after all, the bills must be paid.

But, my parenting instincts and concerns for my children’s well being were stronger. My kids were building intricate, beautiful, and creatively-designed worlds in Minecraft. My youngest son figured out how to set up a server to play privately with a small group of his friends. In World of Warcraft, they worked collaboratively to collect and share assets, band together to fend off intruders, and sometimes just “grind” away at boring tasks to get to higher levels.

I didn’t tell them to stop playing games and do something “productive.” That can send kids down a “dark path” where they start to believe that games have nothing to do with reality and develop what researchers call the “escapist mindset.”

Instead, I learned to say things like “Wow, that level looks hard, what are you learning to help you get through it?” or “What skills are you developing?” Kids start to realize they are learning grit and teamwork, for instance, and that those skills can be applied to other parts of their lives like schoolwork and sports.

When the only skill that they could articulate was “learning how to click faster to get more gems,” we tended to agree that a particular game deserved only limited play.

Transfer Gaming Skills to the Classroom

We were able to strike a balance in our family, but it took time, persistence, and an open mind. I learned how to turn my own kids’ passion for video games into life skills. That led to the development of my startup, which can help teachers do the same for students in their own classrooms.

Seeing positive results not only in my personal life, but also in a growing number of classrooms around the world is what keeps me going even through the tough parts of growing a business.