In this series, I share some of the free/low-cost solutions that I’ve discovered for common startup challenges. Read previous posts here, here, here, and here.

In my previous post, Startup Shortcuts: Create Free Videos About Your Product, we reviewed the first half of the process. Today, we’re tackling steps 3 and 4.

As a reminder, here’s what you’ll need:

Software that is probably already on your computer: 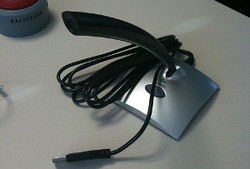 Since you’ve already written your script, you might think that recording your audio should be a breeze. However, it never is for me. For some reason, I always need to do multiple takes, before I can get through the entire script without messing up.

I only know how to do very basic editing, so I’ve learned that it’s always worth the time to keep doing takes until the audio is right all the way through, rather than trying to splice together a bunch of audio clips later on. I use a basic Logitech desktop microphone and Windows Sound Recorder. Not fancy, but it does the job.

Step 4: Edit it all together

Now, finally, you have all the components: an audio file of your script and all of your visuals, including images and screencast videos. I use Windows Movie Maker to edit them together.

This is the process that I use:

When you’re done, just save it, export it, and upload it! Here’s an example video that I created using this method.

Once again, it’s nothing fancy, but the video is functional and it’s very easy to customize it for your desired audience. I have definitely found that being able to quickly create demo/intro videos, on my own, for free, has been an extremely effective way to promote ProfessorWord. I hope this helps you too!