Note: This week’s post is written by Adam Geller, founder of Edthena. Edthena was previously a featured company on The Startup Blog.

As a startup company, we focus and talk about what problems we’re solving by building a certain product. And we do so by paying close attention to the needs of the marketplace.

But the market needs are not solely defined by the whims of a potential buyer or their ability (or lack thereof) to be influenced by marketing efforts. The buyer’s needs&mdash; especially in education&mdash;are often shaped by the policy context of the system.

At Edthena, we’re developing a platform that helps teachers get better at teaching through online video professional development. It’s filling a market need for school districts, as well as teacher certification programs and we keep a close eye on how policy changes might impact our ability to attract potential buyers. 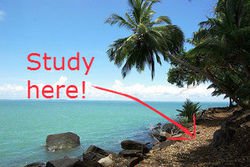 A great example of how policy dramatically impacted the trajectory of a company is the rise of Study Island.

Founded in 2000, Study Island was originally launched to provide a study aide to Ohio students for their graduation tests. The product was popular, and Study Island grew quickly. The company added more states’ exams to their portfolio, millions of students, and more product lines and was eventually acquired by Edmentum. Some criticized Study Island for being a drill-and-kill curriculum product, but even if that is true, why did Study Island achieve such success?

Some of that success comes from policy and timing around the reauthorization of the Elementary and Secondary Education Act, more commonly known as the No Child Left Behind Act (NCLB). This federal education law created policy mandates for standards-based assessment.

Would Study Island have achieved success as a business without NCLB? Probably to some degree, since several states were already building standards-based assessments in the early 2000s. But the rise of Study Island as a business was certainly influenced by the passage of NCLB and the swift transition of states to required standards-based testing. Buyers suddenly had a need created by policy pressures.

The story of Study Island’s success is echoed by other companies, like Wireless Generation, which developed products that fit nicely with real needs of buyers and with policies which influenced buying decisions. It’s a pattern being repeated today by companies like BloomBoard, building tools for mandated teacher evaluations, and Newsela, helping teachers meet the demands of the Common Core State Standards for use of nonfiction literature.

Here at Edthena, we see something similar happening in the world of teacher training.

As a quick primer, schools of education must submit themselves for an external review by the Council for Accreditation of Educator Preparation (CAEP), which became the sole accrediting body for teacher education in 2013. CAEP ushered in a new set of standards for future accreditation visits.

Similar to the challenges of implementing the common core across districts, the new CAEP standards require a different and more rigorous set of evidence which emphasizes the connection between teaching theory and teaching practice. Programs must collect evidence to demonstrate candidates can successfully execute the act of teaching in a classroom setting. Video evidence can play a big role in meeting this need. CAEP further requires that programs have outcomes information on their teacher training efforts, and as a result several standardized assessments are in development. Some state departments of education have even added requirements for passing these new standardized assessments for certification.

One assessment which has gained traction in 35 states, including New York and California, and has the support of the American Association of Colleges of Teacher Education, is called edTPA.

We think this is notable because edTPA uses video evidence and video analysis as part of the portfolio. This directly intersects with Edthena’s services. We believe schools of education will be more interested in adopting video due to changing accreditation standards and, in particular, many of them are interested in how to implement video to help teacher candidates demonstrate the skills required by edTPA. 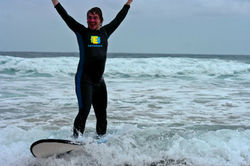 Fundamentally, nothing about our business has changed since before we became aware of the new policies and accreditation standards. Edthena is still a video-coaching platform used by K-12 school districts and teacher training programs to help teachers collaborate with colleagues and get feedback at specific moments in time on their videos.

But behind the scenes, we made decisions to help us meet this growing demand for evidence of teacher skill execution within the teacher education context.

Some of those changes involved how we pitch our platform to schools of education and how ready we are to discuss the policies. But some changes involved the product itself, notably our efforts to make Edthena an approved edTPA platform provider.

We built a set of tools which provide for the secure transfer of edTPA artifacts from Edthena to Pearson for scoring by Pearson-trained and calibrated scorers. Building these tools took a tremendous investment on the part of the company&mdash;it was our sole product development focus for nearly six months. That’s a big risk for a small company when you consider we didn’t build anything else on our long list of things people really want.

So why did we do it? It was less about the need to build and transfer portfolios and more about helping teacher education programs do the same thing we’ve advocated all along: Infuse programs with opportunities for teachers to build their skills around being a self-reflective practitioner.

For this same reason, we didn’t stop our work on edTPA once the integration was complete. We looked for other ways to impact the discussion of the assessment and its implementation.

We noticed a lack of support for candidates while they complete the assessment process, which can be overwhelming. After meeting Nancy Casey at a conference and learning she had a collection of tips she emailed her teacher candidates daily, we turned her tips into a free site called edTPA Tips.

So why did we do it? Every candidate needs support and may not have a professor like Nancy who is as familiar with the new assessment. To ensure we’re meeting the teacher candidates on their own ground, we also post daily to Twitter, Facebook, and even Google+.

There’s a key difference in the tone I used to describe Study Island’s success in the context of the policy and current attempts to align work to the emerging policy changes. In education, you don’t know whether the policy has staying power until it has run its course for a while. An example of a policy negatively impacting staying power is the story surrounding inBloom. That company was trying to solve a problem for states around how to store longitudinal student data. But concerns over student privacy issues and a new state policy forced the company out of business.

It’s possible that Newsela, positioning itself alongside the common core, could learn a similar lesson. Their business model may struggle given new pressures within states to abandon common core in favor of local versions.

In our own case, positioning Edthena alongside and investing in edTPA tools could be wasted effort if adoption is slowed or derailed by pushback from constituents.

Only time will tell. We have to ride the wave.

photo credit: The shore and the coconut trees and Cursos de Surf 2012 -julio via photopin (license)