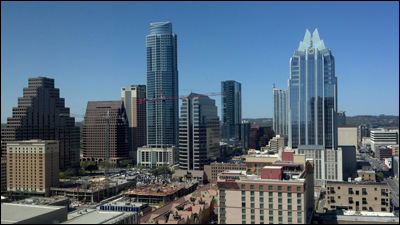 The annual South by Southwest (SXSW) conference in Austin, Texas, owns the rare and noble distinction of being both the coolest and nerdiest media conference of the year. Thousands upon thousands (nearly 20,000 attended just the interactive conference last year) of tech geeks, top researchers, entrepreneurs, rock stars, and celebrities descend upon Austin for two weeks of panels, parties, shows, networking and tacos.

Some of the biggest technology companies, like Twitter and Foursquare, for instance, owe much of their success to early SXSW buzz.

I recently touched down in Austin, where I’ll be covering SXSWedu and the SXSW Interactive conferences for the next 10 days or so. In this space, I’ll be posting dispatches, interviews, and some of the sights and sounds of the conference. If you’re at the conference, come up and say hi (I’m the guy in the upper right corner of this blog) and if you’re not, let me know what you’d like to hear about. You can also follow our Marketplace K-12 Twitter account for continuous updates.

Here’s a sampling of some notable events on the SXSWedu schedule this year:

Photo: Downtown Austin from the hotel room of yours truly. (Jason Tomassini/Education Week)

2 thoughts on “Live from Austin: A SXSWedu Preview”