Eight hardware manufacturers joined Microsoft Corp. today in announcing a range of devices for U.S. public schools at various price points as many districts across the country are making plans for the computer-based testing required in states participating in the Common Core State Standards.

Ten devices, ranging from basic to “maximum flexibility” options and ranging in size from tablets to full laptops, are being offered to schools loaded with Windows 8.1, at prices ranging from below $300 for an 8-inch device to nearly $1,300 for a laptop.  The manufacturers—Acer, Asus, Dell, Fujitsu, HP, Lenovo, Panasonic, and Toshiba—have all agreed to offer their products at a reduced price because they are incorporating the Windows operating system at a deep discount offered by Microsoft, Cameron Evans, the chief technology officer for Microsoft’s education division, said in an interview. 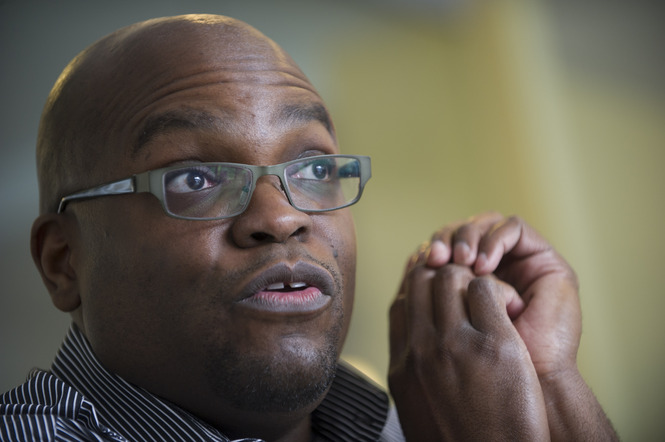 The discounting is part of the commitment Microsoft made in February under its promise to support President Obama’s ConnectED program that aims to give 99 percent of U.S. schools access to the internet with high-speed broadband and wireless within five years, Evans said.

Each of the devices is being marketed as “common core testing compliant.” In fact, the website Microsoft is using to introduce the options carries the headline, “Partnering with schools to help pass the test.”

“We see schools making a lot of decisions based on the three days they’re actually testing,” Evans said in the interview. “That was never the Smarter Balanced or PARCC’s [Partnership for Assessment of Readiness for College and Career’s] intentions,” he added, referring to the positions of the consortia that prepared assessments to gauge students’ mastery of common-core standards.

“If a low bar is what they’re trying to get—just a web browser, a rich set of apps and all of the assistive technologies for students with special needs—that’s not compromised with these low-cost devices for schools,” said Evans.

However, simply getting low-price devices into students’ hands doesn’t solve all the problems, said Evans. “But we can mark this year as the begining of closing the divide,” he said.

Asked how much Microsoft discounted its operating system for the devices, Evans declined to give specifics. “We’ve made an investment across the entire OEM [original equipment manufacturer] community, by providing Windows at a significant discount. That savings to the OEM community is being passed on to schools.” The device manufacturers set the prices, Evans said.

Microsoft’s Windows is competing with Apple’s Mac OS X, Chromebook Chrome OS, Android and Linux products in the testing and digital education marketplace. Earlier this year, Google announced an expansion of the number of device manufacturers releasing Chromebooks, which reportedly had 19 percent of the mobile device market in schools. Apple’s iPads, in the meantime, commanded 94 percent of the tablet market, as of last year.

Evans pointed to the Miami-Dade 1-to-1 initiative to put Windows 8 Hewlett Packard and Lenovo devices into the hands of 350,000 students this spring as a large project for Microsoft, with 700 educators now being trained as part of that program.

“The superintendent is committed to making sure they’re not just buying devices that are the next version of the electronic textbook, but also to make sure teachers are curious and creative” in how to use the technology, Evans said. “There are two things you don’t want in a classroom: low expectations, and anyone being bored—even the teacher.”

Other components of Microsoft’s participation in the national ConnectED program, which calls for the U.S. Department of Education to lead an effort to boost teachers’ skills in using classroom technology, are: providing teacher training and resources through the Microsoft Educator Network; communication and collaboration tools with Office 365 Education; student training and skills development via the Microsoft IT Academy; and ad-free search with Bing in the Classroom, the availability of which the company expanded to all U.S. classrooms effective last week.