Amplify, the beleaguered digital education division that News Corp. invested $1 billion in since 2010, was sold on Sept. 30 to a team of 11 Amplify executives that included former New York City schools chancellor Joel Klein. The sale happened after massive layoffs within the division. 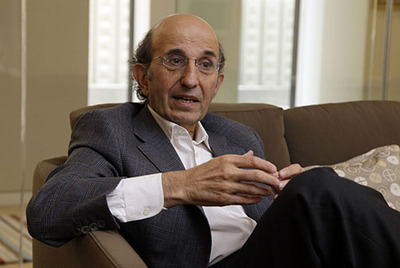 The management team was supported in the purchase by a group of private investors, according to the News Corp. announcement, which did not reveal terms of the sale. In August, News Corp. indicated that it had written off $371 million in losses from Amplify over the past year, and planned to put it up for sale.

The two Amplify Education businesses conveyed in the sale were Amplify Learning, which provides core curriculum in a variety of subjects for K-12, and Amplify Insight, which provides analytics, data, and assessment. The failed Amplify Access, which sold tablets with a “K-12 learning system,” has been discontinued, but the company will continue to support its ongoing project in the Guilford County, N.C., schools.

Under the new ownership, Amplify will be led by Larry Berger, who had served as CEO of Amplify Learning. Klein, the former Amplify Education CEO, will be moving to the company’s board of directors, according to an email Berger sent to staff on the day the sale closed. (Berger served as a board member of Editorial Projects in Education, the nonprofit corporation that publishes Education Week, from 2009 to July 2015.) 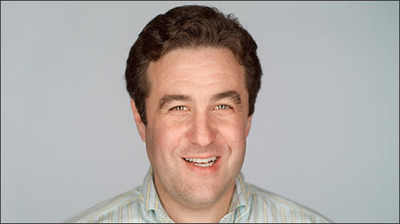 About 500 Amplify employees were laid off this week, although the company indicated that many are staying through part of a four-month transition period. Berger referred to the layoffs in his email to the staff, saying the decision to “let some of our colleagues go” was necessary “in order to focus our resources and attention.” At its peak, Amplify had up to 1,200 people on its full- and part-time payroll, or acting as contractors, a former Amplify employee said.

Berger credited Klein with providing Amplify’s vision of combining curriculum, analytics, and software, and helping to plan for the buyout. Berger indicated that Klein will play a key role in providing “critical strategic advice,” according to Berger’s email to staff.

Klein’s vision at Rupert Murdoch’s News Corp. coincided with the company’s purchase of Wireless Generation for $360 million in 2010. Co-founded by Berger, Wireless Generation represented the first leg of what was to become a three-pronged approach to providing digital education products and services through Amplify. Klein planned to leverage Wireless Generation’s established assessment and analytics business, which had 400 employees at the time it was acquired.

Reactions to the Sale

The sale signals a vote of confidence by the original leadership team, said Doug Levin, a consultant on the ed-tech market and the recent head of the State Educational Technology Directors Association. Earlier, Levin said that News Corp.’s foray into the K-12 marketplace represented another example in “a long history of education entrepreneurs who have crashed on the rocks because the market was not what they thought it would be.”  But he views this development as an indication that members of the management team are willing to “put their money where their mouths are.”

“They did a lot of work in digital instructional materials,” Levin said, and received some positive reviews. He pointed to two products, in particular, that have gained some traction in the marketplace, including Amplify’s gamification for middle school English and development of an AP computer science MOOC that it released in 2013, and sold in August as “Edhesive.”

In his email to the staff, Berger said he was “proud of the technology we’ve invented, the educational innovations we’ve pioneered, and the results we’ve delivered—and most importantly, of the team we’ve assembled.”

“Larry Berger has been successful building a company in the past, and the industry and customers both benefited from his vision and implementation,” said Karen Billings, vice president and managing director for the Education Technology Industry Network of the Software & Information Industry Association. “And he knows what mistakes not to make in this go-around.”