Technology may bring transformational change to education, but it’s not going to happen overnight, and only companies that persist with a long-term mission in mind are likely to succeed, Steve Case, the co-founder of America Online, told investors and entrepreneurs gathered here in Arizona.

Case, a big name in the business and technology world, told attendees at the ASU/GSV Education Innovation Summit that technology’s influence on schools is most likely only “in the bottom of the 1st inning” and that the most successful companies will need to be both profitable and patient.

Bringing technological changes to schools “is not for the faint of heart,” Case told the audience. “You have to believe you’re on to something important.”

Not only are there oft-cited political and policy barriers to transforming schools through technology, Case said, but businesses also face the difficult task of trying to sell their products to entire K-12 “enterprises” with multiple, complex segments, rather than just trying to market their products to a line of consumers.

Patience is not a trait that comes naturally to many entrepreneurs, Case suggested. He described the business world as divided between “attackers,” who try to challenge and upend the established business order, and “defenders,” who may include not only institutions but Fortune 500 companies, Case said. Many of the attendees at the ASU/GSV summit are attackers, he said, who are trying to bring disruptive and yet productive changes to the K-12 marketplace. 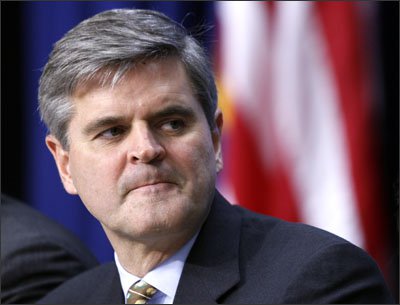 Entrepreneurs and leaders of fledging education companies are probably going to be driven by a broader sense of purpose, not just profit, if they hope to bring significant changes to classrooms that benefit schools and students, Case argued. At the same time, they have to make enough money “so you’re alive when the opportunity for [a] revolution happens,” he said.

Case now leads an investment company, Revolution, and he gave the crowd a taste of what he’s looking for in education ventures that come to him seeking his support.

He divided the education market into three segments: tools, products, and platforms. He hears a lot of ideas for new tools and products, but he said he regards entire education platforms as the most attractive because they “ultimately have the ability to have impact” on changing K-12 systems. Revolution is looking to bet on “iconic platform companies,” he said.

Ultimately, the education companies that succeed will be able to persist, and sort through the “hope, hype, and happiness” that surrounds education technology, and focus on developing products that are useful to K-12 schools.

The former chief executive officer of AOL compared education entrepreneurs’ work bringing technology innovation to schools to his former company’s efforts to grow during the relative infancy of the Internet.

“It was not a straight line,” Case said. “You have to think of this more as a marathon than a sprint.”