By guest blogger David Weldon, Edthena’s co-founder and chief technology officer (CTO). He has over a dozen years of professional experience in technology. Edthena is his second startup.

My first job out of school was in engineering at Intel. I worked in microprocessor design, which was about as far removed from the consumer as you could get, and I was perfectly happy with that. At the time, the notion of interacting with other humans who used what I had created was undesirable if not downright terrifying. What if something went wrong? Wasn’t that what support teams were for? 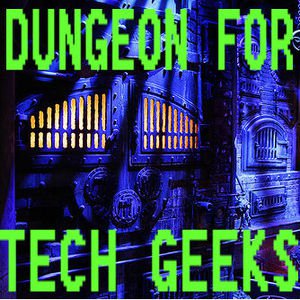 On the other hand, I always felt like I was a cog in the machine. I continually asked myself how it could be that one person in tens of thousands could make any difference to the bottom line. The lack of a satisfactory answer to that question was one of my primary motivations for becoming an entrepreneur.

At Edthena, we have two developers – Tatiana and myself. We show up every day knowing exactly what we are working on and how our customers’ lives will be improved when we finish it. A couple of weeks ago, Tatiana launched a new feature called Explorations which received extremely positive feedback. It’s already changing the way hundreds of teachers organize their conversations in our system. It’s incredibly motivating to make our users happy. So much so that we should probably list it as a benefit along with medical insurance and paid time off.

Of course things don’t always go according to plan and that can be emotionally hard to absorb. Our Video Tool is a great example. It’s an application which lets users upload video to the site. It sounds simple, and it looks simple, but under the hood it’s a highly sophisticated piece of software.

The tool can take video from any camera, compress it, securely transmit it to the cloud, and ensure that your video is ready to play the instant the process is done. Oh, and it can also auto-rotate, suggest a thumbnail, and survive a network failure.

When we first launched it, the uploader didn’t work about half the time. I had spent months of my life building this magic little box, only to have disappointed teachers. It was heartbreaking. Since then I’ve made a lot of improvements to the code, and now our success rate is well over 99 percent. Of course, none of that improvement would have been possible without a lot of communication with our users.

As an aside, I’ve become a little obsessed with the upload success metrics. I now get a daily summary of any issues delivered directly to my inbox. Checking that report is the first thing I do every morning (after I say hello to my daughter)&mdash;but don’t tell my wife that.

Apart from giving us praise when we do something right, and tolerating our failures, our users do one more thing which is absolutely critical to the success of the product&mdash;they show us what to build next. This comes in two forms: first, we regularly conduct interviews with professors and administrators who guide us on what to build; second, we get everyone’s favorite&mdash;support tickets.

Because we have an enterprise product, I think our users assume their support questions go to some dungeon to be answered by a horde of disgruntled IT geeks. In actuality, it’s real people including me, who helped build the product.

I find it hugely beneficial to answer support questions myself because it reveals so much about where users are having problems. This feeds directly back into the design and implementation of the product which is a win for everyone.

Clearly my early-career trepidations were entirely misguided. Good customer interaction has been the key to improving the Edthena platform and to making Tatiana and me feel like our work has real meaning. Now if you will excuse me, I need to get back to coding up a new feature that I’m certain is going to make people fall in love with the product all over again.