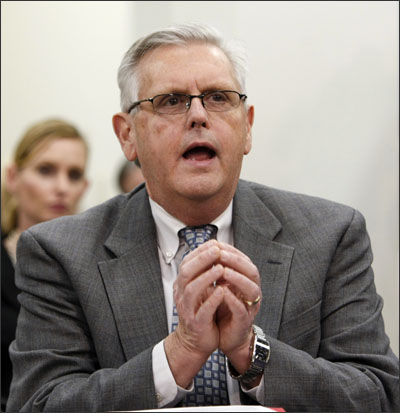 Kentucky is one of the nine states without charter schools, but that hasn’t stopped its board of education from enacting policies that would give traditional public schools much of the same autonomy as charters.

As part of a new, uniquely comprehensive law passed during this year’s state legislative session, and now being readied for implementation by the state board, districts can apply to become “Districts of Innovation,” and be exempt from certain regulations and education policy. Entire districts can earn that distinction, or districts can apply on behalf of individual schools, according to a draft version of the regulation, provided by the Kentucky education department (and embedded below).

As the initiative stands, districts can ask for any state education policy to be waived, except for a list of core policies that include civil rights regulations, “core academic standards,” and most minimum graduation requirements. But schools can apply for things like the right to use competency-based learning, in which academic credit is awarded based on mastery, not seat time; extended day, school year, and learning outside the school building; and new pathways to graduation, including, it seems, the ability to create new schools around those pathways.

“We want you outside of the box,” Kentucky education Commissioner Terry Holliday told district leaders at a recent conference, according to the Associated Press. “We want you to not even think about the box.”

Approvals will come in terms of five years, after which districts must reapply for renewal. Applications must include a plan for improving academic achievement, especially within low-performing schools. The state could take the initiatives spawned by the “innovation” designation that work, and create statewide policy based on them, according to the AP.

Districts will also be allowed to apply for alternative compensation plans for teachers. And if you were wondering how the teachers figure into all this, the initiative, as drafted, would require 70 percent of a district’s teachers to approve the application before it can be submitted.

While many of the initiatives Kentucky will allow its districts to apply for are permitted in many other states, it’s the attention to teachers that makes this initiative unique, a way of achieving the autonomy enjoyed by charters without the same political messiness (and, more importantly, while keeping state funding in the district). Many states, such as New York, Tennessee, and Colorado, have passed laws to create smaller scale “innovation zones;” schools in Houston and Denver are working with Harvard University’s Education Innovation Laboratory, to apply research into the best practices of high-performing charter schools.

These efforts come amid heated, expensive debates in several states, including Washington, Pennsylvania, and Georgia, over charter school laws. Perhaps to avoid that kind of squabbling, will we see more states try to foster the best parts of charter schools within the walls of district-run schools?