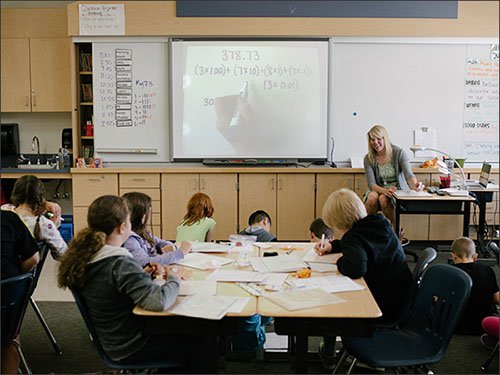 As interest in “open” educational resources appears to be picking up, a leading policy group has launched a resource to help state and local officials make informed decisions about choosing and using those materials.

The Council of Chief State School Officers has created a Web portal that offers detailed case studies on state and district experiences with open resources. It also includes a host of other explainers, policy documents, and related materials.

The site, which the CCSSO created in cooperation with the International Association for K-12 Online Learning, or iNACOL, follows up on a report on open educational materials published by the chiefs group last year. That report included a survey that revealed a broad interest in open resources among the states, with 26 states having taken steps to promote them in some form, and 18 states taking steps to share them with districts. A spokeswoman said that the CCSSO, which represents top state education officials, is interested in supporting states that are immersing themselves in the open ed. world.

Open educational resources are generally defined as academic materials released under a license that allows their sharing, free use, and modification by others. The resources typically include lessons or modules, though in theory they could include full-blown courses. Whether the resources can be used for commercial purposes depends on the type of license used to create them. Nonprofits and other entities rolling out open materials have followed very different models on that front.

Skeptics of open educational materials say few schools and individual teachers have the time to sift and sort through resources, searching for the ones that meet their needs. They also say that just because money gets put into launching open materials (by a nonprofit or another organization) that doesn’t ensure that the resources will be adequately maintained, updated, and customized to meet educators’ demands. A commercial provider, they say, has a strong incentive to make sure those things happen.

Education Week has reported extensively about big state efforts to create repositories of open resources, such as EngageNY. We’ve also documented the challenges local districts have faced in finding and trying to use open educational materials. One of the biggest hurdles districts have to clear is picking open materials that meet their specific curricular needs (a process that often requires heavy lifting by teachers and other staff) and introducing those resources to educators and students across an entire K-12 system.

Here’s a primer we put together on open-ed resources, for readers who are just getting familiar with them:

The goal of the portal is to help state and district officials—from policymakers to curriculum specialists—share ideas and best practices, Amanda M. Cadran, who worked on the project as an iNACOL fellow, said in an e-mail.

She said there is a “tremendous amount of interest in OER, as the focus shifts from questions about the definition of OER to ones related to implementation, strategic planning and issues of policy.”