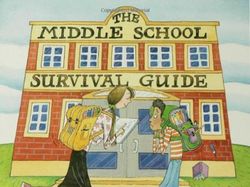 Paired together the words “college” and “readiness” pack a punch in education policy circles. Few would argue against putting an emphasis on all students being well-prepared for post-secondary education. Yet when you consider the two terms in conjunction, it’s not often people think of students in middle school. It turns out, these years are far more important than previously thought.

Recognition of the impact of the middle years has been trumped by a focus on the bookends of students’ educational careers: the early and the later years. An emphasis on early childhood education (ECE) has emerged recently, with President Obama investing $1 billion into our nation’s ECE programs in December of 2014. At the opposite end of the childhood spectrum is the push for college readiness. In an increasingly technical and globalized economy, college students are being asked to do and learn more than ever before. As such, the emphasis on meeting these challenges has never been stronger at the high school level. Yet, with all of this emphasis on preparing our students for college, high school graduation remains an intense struggle for millions of students, particularly students of color and/or students from low socioeconomic backgrounds.

To address low graduation rates and poor college readiness, millions of dollars have been pumped into high school interventions like internships, mentoring and literacy programs, and STEM initiatives. However, findings from a 2014 University of Chicago and ACT study showed key indicators very present in the middle years that can predict high school performance, and thus, college readiness. The ACT study, The Forgotten Middle has shown that “the level of academic achievement that students attain by eighth grade has a larger impact on their college and career readiness by the time they graduate from high school than anything that happens academically in high school.” The study found that not only is achievement in the middle years a predictor of future success, but that attendance is perhaps the most indicative of that success. As I read through the study, it occurred to me that just because a student can’t drop out of school in eighth grade, does not mean s/he doesn’t want to. Other indicators include, but are not limited to, fluctuations in grades, a change in peer groups, or a change in mood or affect over a sustained period.

These findings are not shocking and seem fairly intuitive. It is apparent, however, that the findings themselves could continue to get lost in the shuffle of a focus on students just entering the K-12 education system and those preparing to leave it. So what do we do with this important information? As a former middle school teacher, I feel it is imperative that these findings are shared with middle school teachers across the country, and that they are trained with appropriate response mechanisms. Moreover, we should highlight the work of teachers who are proving to be highly effective with underserved middle school students. Simultaneously, we should encourage further research into interventions and programs that successfully impact indicators, such as attendance, illuminated by The Forgotten Middle. Such research can directly influence the work and focus of all organizations and initiatives, including EdConnective, whose work touches traditionally under-served students.