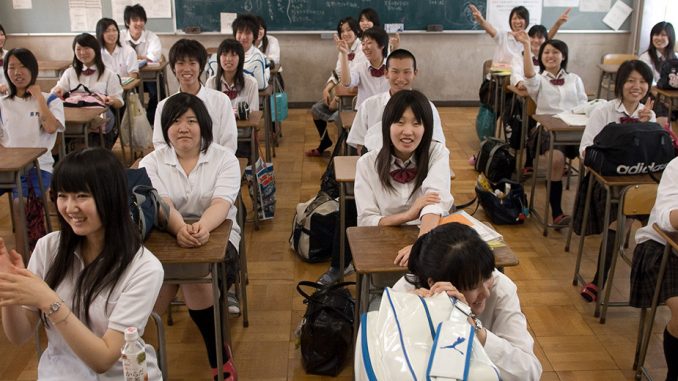 Japan brought us Nintendo and Sony, among other well-known technology companies. So it was with high expectations that I went to Japan to visit our sales distribution partners to learn more about the Japanese market for education technology.

I am looking for additional markets to sell Listenwise because we have audio stories with built in listening supports and scaffolding that would help students develop their English skills.

What I learned from my trip is that it would be a long time before Japanese primary schools are ready for ed tech.

I saw children who looked to be no older than 4 years-old walking to school on their own with a cell phone around their neck. I saw most adults using smartphones. Even the subway system in Tokyo has free wifi in the stations.

But most of the classrooms in Japan are not wired to the internet. Students are not issued Chromebooks or iPads when they enter school. One education leader I spoke with said Japanese classrooms are 10-15 years behind the United States when it comes to using technology in the classroom.

Japan’s education system is controlled more on a national level and to make a titanic shift to digital, as is happening in the United States, there has to be a driver.  Here in the U.S., it was the Common Core and the related tests that are only administered online. In Japan, national tests are almost entirely pen and paper. When I asked an education leader when they thought that might change, he couldn’t say.

When I asked if some schools have BYOD (Bring Your Own Device) programs, I got blank stares in return.

Some classrooms are using the ubiquitous cell phone use by teenagers as a way to introduce digital into education. This New York Times article looks at how that’s working.

As a leader in education technology, I’ll have to be patient before we realize the potential I know we have in Japan. In the meantime, I’ll be looking for the catalysts that could really change the market. Hopefully I won’t have to wait 10 to 15 years.