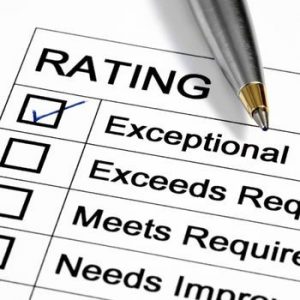 Did you know even the giant pandas at the National Zoo in Washington DC get performance reviews? Yup: They’re rated on their health, training and “adorableness.”

In my former life as a public radio journalist, I hated getting performance reviews. It felt like my on-air work should have been enough to evaluate my performance.  But even though my output was public in the stories I wrote, produced and voiced, I still had a yearly sit-down with my manager.

Now I’m the manager. For a long time I put off  having the dreaded reviews with my employees. Plus, I was insanely busy. Performance reviews didn’t seem like an obvious way to move the business forward.

I put them off for so long that my employees were practically begging me for reviews.

Feedback is Important for Startup Employees

I knew what I didn’t like about my past reviews (questions like: does the employee meet or exceed expectations? On a scale of 1-10…) and I knew what I did like (talking about how things are going). So I approached my first review of Listenwise employees with this in mind.

Just like teacher evaluations can go really wrong or really right, it’s the conversation that counts. I never liked getting grades and feared those letters–I think employees fear being graded rather than talked to.

But I also know that performance reviews can be rewarding, because people like to be recognized for what they’ve contributed and how they’ve grown—not to mention, how they can improve.

One of the reasons I dreaded performance reviews was because I was worried about a surprise problem. We’re a small team and I think I know how everyone is doing, but maybe not. I know it’s better to be aware of disgruntled employees and deal with it, but one person leaving a small team can be so disruptive.

I finally bit the bullet and scheduled two performances reviews on the same day, so I wouldn’t have to worry about it every day of the week. It turns out I had nothing to worry about: I did know how the team is feeling and doing.

In the end, it was kind of like professional development for both of us. Better late than never.